With the iPhone 11, 11 Pro, 11 Pro Max, and 2020 iPhone SE, Apple did away with 3D Touch across its entire iPhone lineup, replacing the former ‌3D Touch‌ feature with Haptic Touch.

Unpopular opinion: I really like 3D Touch on iPhone.

Apple introduced the pressure-sensitive display technology on the iPhone 6S in 2015 as an evolution of multi-touch. Apple executives gushed about how pressing harder on the screen would add a new dimension to tapping and swiping.

In light of multiple reports that claim Apple's going to kill 3D Touch on allthree of this year's iPhones, I must confess that I don't want to see it go into the night.

I don't care if most people have no clue what 3D Touch is or that it even exists on their iPhones. I also don't care that people think it's unnecessary when a long press suffices.

For me, 3D Touch is genuinely useful and nixing it will be a major downgrade.

SEE ALSO: Apple's new $6,000 Mac Pro is a monster of a computer inside and out

I realize I'm part of the minority of iPhone users who like and use 3D Touch. It wasn't always this way, though.

The iPhone 7 was my first iPhone with 3D Touch and, like many people, I didn't get it at first. Hard-pressing an app icon to bring up a 'Quick Actions' menu of shortcuts or hard-pressing hyperlinks or thumbnails to 'peek' (preview) and 'pop' (expand) content seemed little more than a novel gimmick.

Everyone — beginners and experts alike— seem to agree that 3D Touch is no more profound than a right-click on a computer or a long-press on a touchscreen.

Not to mention, people hate the learning curve 3D Touch comes with. You need to first discover where it can be used (something that's oftentimes not obvious) and then see if it's actually a more useful or faster way to do something.

But here's the thing about 3D Touch that people refuse to understand: You have to embrace it and, most importantly, stick with it. That's hard for a lot of people because change is scary and requires work.

It took longer than I would've liked, but once I stopped thinking of 3D Touch as a gimmick and practiced using it (yes, I needed to get used to 3D Touching things), I started to discover more places to use it.

The whole point of 3D Touch is that you can use it to do more than what you can with a long press, and do stuff without having to lift your finger off the screen. This is great for people who like using their iPhones with a single hand.

For example, a long press on a Live Photo within an iMessage brings up Tapbacks and three options (Copy, Save, and More...). OK, simple enough.

You still get these options if you long press a Live Photo on an iPhone that has 3D Touch, but you also get a few more options. Pressing with a tiny bit more force (you really don't need to press very hard) lets you play the embedded short video in 'peek' mode, then 'pop' it to expand it, and then easily get access to iOS' 'share sheet' to do things like AirDrop it or share it in another app.

To do the same on an iPhone without 3D Touch would require tapping on the Live Photo, then long pressing it to play the video, and then tapping again to access the share sheet.

27 of the 28 apps on my main home screen support 3D Touch on the icons (Quick Action). I use maybe all of them at least once a week. I also use Peek and Pop every day.
If Apples removes 3D Touch on all of this year’s iPhones, will these features work with new Haptic Touch? pic.twitter.com/MGcTks01R8

I'm so used to 3D Touching app icons on my home screen to jump to shortcuts (almost all of my most-used apps now support 'Quick Actions') and peeking and popping website links and image thumbnails that I feel like a caveman when I can't do these things on the iPhone XR and iPad. The iPhone XR has a feature called Haptic Touch, which is similar to 3D Touch, but not the same. Whereas 3D Touch is pressure-based, Haptic Touch is just a long press with a vibration. You don't need to press harder to activate Haptic Touch.

To most iPhone users, the difference between 3D Touch and Haptic Touch is negligible. However, there is a difference and I'll miss 3D Touch if Apple really strips it from new iPhones.

Some ways 3D Touch is better: the vibrational feedback is stronger and more satisfying to the press, and 3D Touch is also noticeably faster than Haptic Touch. 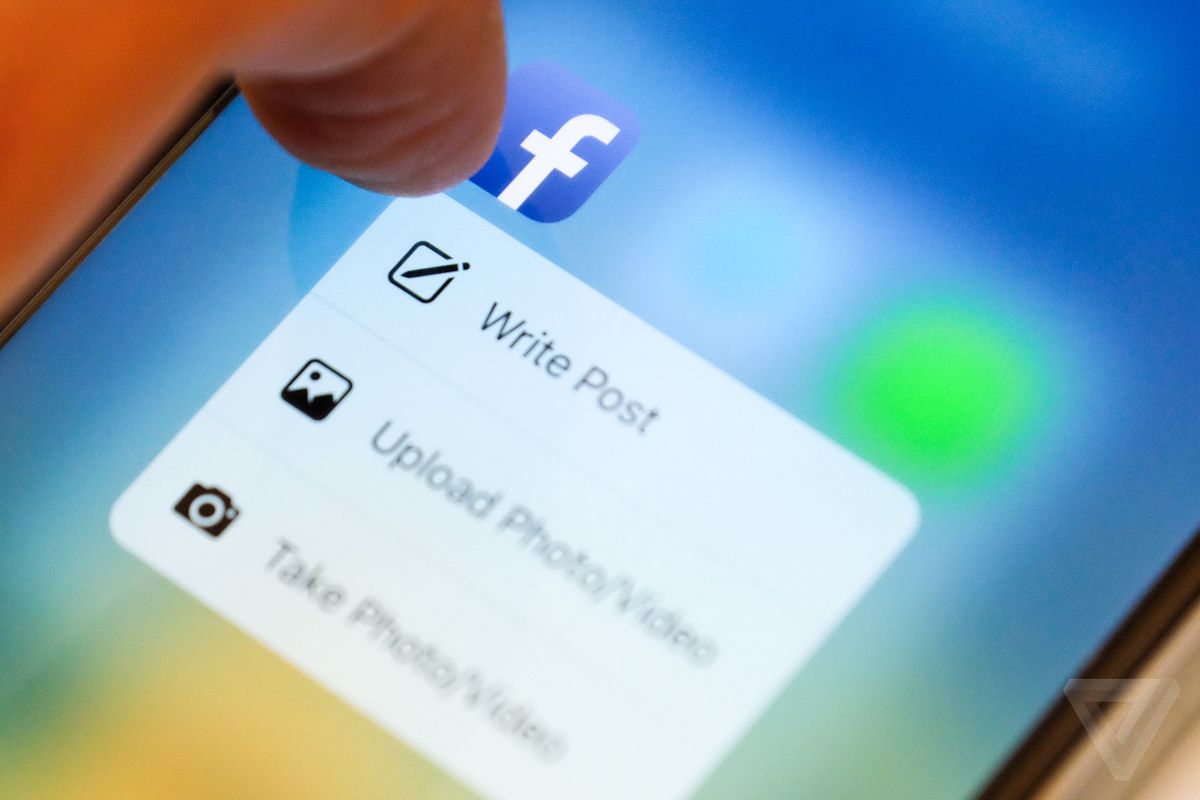 On iOS 13, Apple's seemingly replaced all 3D Touch functions with Haptic Touch ones. For example, instead of instantly displaying a 'Quick Action' menu as with 3D Touch, there's a short delay (one you can see) after the the vibration kicks in.

On the one hand, it's great that Apple's bringing 3D Touch features like Quick Actions and Peek (no Pop) to the iPhone XR and iPad. But on the other hand, Haptic Touch really is inferior. Not being able to 'pop' to expand content after 'peeking' it is super annoying.

I'm not alone in hoping Apple doesn't drop 3D Touch from all of its iPhones. Every time I tweet about 3D Touch, the tweets get tons of favorites and a good amount of replies.

How many people do I know who love 3D Touch? Why? If you do, how long did it take for you to 'get it'? Haptic Touch is OK, but it's not the same. Instead of killing 3D Touch, Apple should double down on it... put all over iOS in more places to make it A Thing 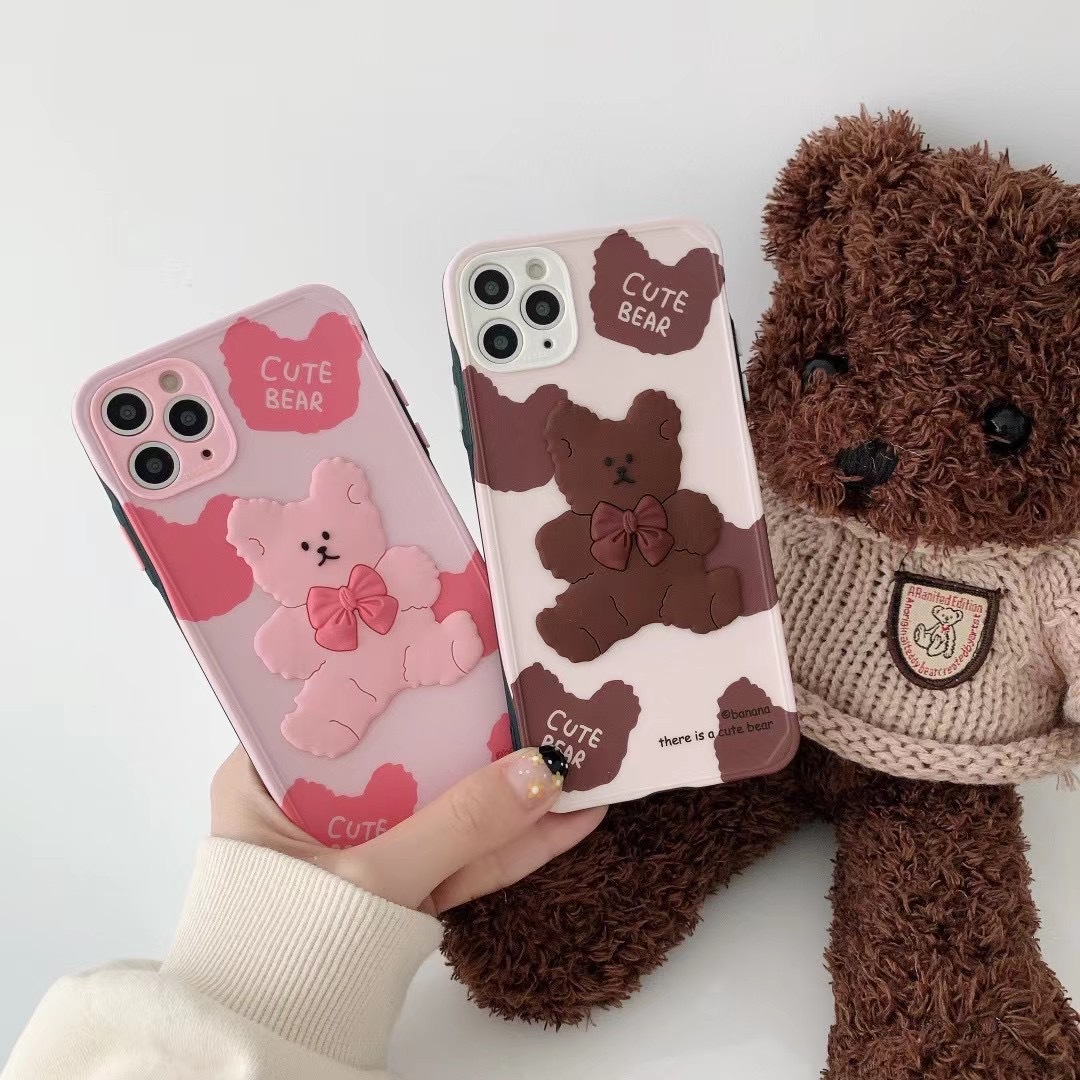 Ultimately, it would be a shame for 3D Touch, the result of 'multi, multi, multi years' of engineering work to die because Apple failed to market it properly.

3D Touch may not be beloved by all iPhone users, but I love it. At the very least, leave 3D Touch as a premium or 'pro' feature on the XS and XS Max successors. Let the people who want 3D Touch pay more for it and the people who don't can get the XR replacement. Boom — everyone's happy.

Apple: Go ahead and kill the Touch Bar or Force Touch on the MacBook Pro — now those are useless features — but please, please, don't take 3D Touch away from future iPhones.

3D Touch. Maybe you love it. Maybe you hate it. Maybe you don’t even know what it is. Regardless of how you feel or what you know about 3D Touch, it still seems to be on Apple’s chopping block. In fact, the upcoming iPhone XR doesn’t support true 3D Touch, and so we can’t be sure how long this awesome feature will actually stick around.

But if you’re not sure what 3D Touch is, it’s basically a pressure sensitive feature found on newer iPhone displays. It allows users to apply pressure to the display in varying degrees and the phone recognizes this as input.

Because it’s so dynamic it has multiple possibilities. Generally it’s used for contextual content, much like right-clicking on a desktop computer. This can be helpful to bring up more actions.

Some games utilize it as well. For example, GRID Autosport uses it to control how hard or soft the accelerator is depressed in a virtual vehicle.

Another feature of 3D Touch is what Apple calls “Peek and Pop.” This unique navigation tool allows users to “peek” into content with a little pressure without fully opening the content.

If the user presses harder they will “pop” into the content. For example, in iMessage you can gently press on a message thread to peek at the contents of the thread. Any unread messages will remain unread while peeking. Press harder and the thread will open completely (pop).

Another example of peek and pop are links such as the ones found in Safari and Mail. You can peek to preview the Web content or pop into the page completely.

As useful as 3D Touch is, some users don’t know about it, don’t use it, or find it gimmicky. Some users appreciate its ability to add more actions to an element and it can be helpful in speeding up some tasks. Personally, I love 3D Touch and encourage users to try it out.