Apple defines two types of testers for TestFlight: Internal Tester: This is an App Store Connect user who has an Admin, App Manager, Legal, Developer or Marketer role with access to your app. This is usually a team member or a client for whom you’re developing an app. Testflight is Apple's own beta testing software that allows developers to test their apps with a group of internal testers. Developers are able to upload beta builds of their apps, with new interfaces, new features, etc to have feedback of other users before uploading to the App Store. Apple had placed a limit of 1,000 testers per developer, and each build could be valid for 30 days.

TestFlight is an online service for over-the-airinstallation and testing of mobile applications, currently owned by Apple Inc and only offered to developers within the iOS Developer Program.[2][3][4] Developers sign up with the service to distribute applications to internal or external beta testers, who can subsequently send feedback about the application to developers.[5][6][7] The TestFlight SDK additionally allows developers to receive remote logs, crash reports and tester feedback.[8]

TestFlight initially supported testing of Android and iOS applications, but since March 2014, Apple has retracted support for Android.[9][10] As of 2015, applications must be published for TestFlight using Xcode, and testers must be invited using iTunes Connect.[5] After invitation, up to 25 internal testers (with up to 10 devices each) and 10,000[11] external beta testers can download and test the application build. Up to 100 apps can be tested at a time, internally or externally.[5] Testers may be grouped and separate builds created for each group.[5] The TestFlight application for iOS notifies testers when new builds are available, features to focus on, and enables sending of feedback.[5]

TestFlight was founded by Benjamin Satterfield and Trystan Kosmynka on December 23, 2010, and was designed as a single platform to test mobile applications on Android and iOS devices.[12][13] It was acquired by Burstly in March 2012, and thereby gained the resources necessary to launch TestFlight Live.[12][13]TestFlight Live enabled developers to receive install rates, purchase rates and other monetization data from final builds of the application, even after beta testing concluded.[12]

In 2011, Burstly raised $7.3 million from Upfront Ventures, Rincon Venture Partners, Softbank Capital and others.[10]Apple Inc. acquired Burstly in February 2014, and terminated support for Android as of March 2014.[9][10] Apple also shut down FlightPath (a mobile analytics solution and a replacement to TestFlight Live) and SkyRocket (a mobile application monetization platform) the same month.[10][14] 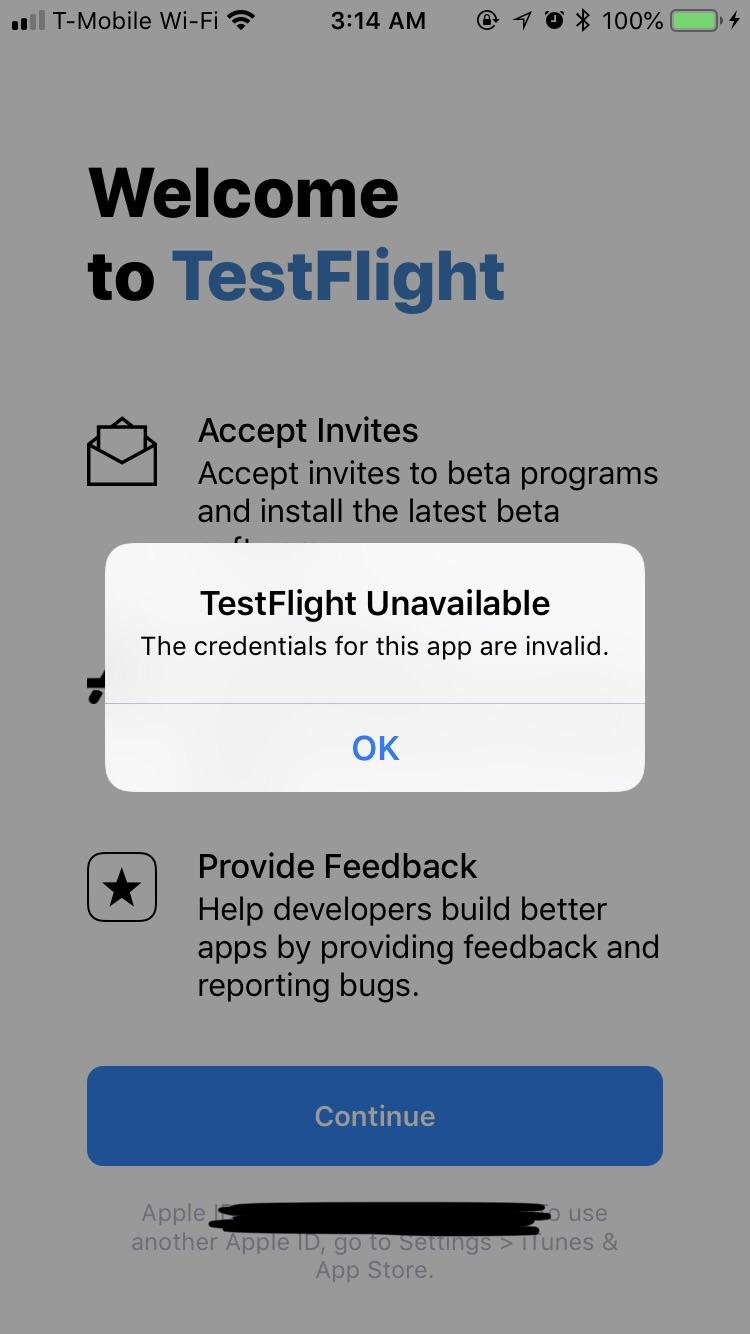 The MIT App Inventor team is pleased to announce version 0.9 of the MIT App Inventor companion for iOS. This is part of our continuting cooperation with Apple to let people create apps for iOS devices in addition to Android devices.

One design goal of MIT’s iOS effort is that the same apps should run either on iOS or Android. Teachers can use the same curriculum and the same examples whether classes are working with iOS or Android or a mixture.

Please test any projects you have that use the newly supported components for iOS and report issues. Beta testers for earlier versions should have received notification of the update via Apple TestFlight.

You can apply to MIT’s beta testing program to try App Inventor iOS. With this new beta release, we will be inviting more people to join the beta testing program, first pulling from the pool of previous applicants, and then from newer sign ups. Preference will continue to be given to teachers to allow for testing curriculum.

Warning to teachers: This beta version is offered without any guarantee that it will be stable enough for general classroom use at this time. If you do encounter issues, please report them using the link to the bug report form below. Moreover, Apple’s testing process might result in the iOS companion becoming temporarily unusable from time to time. If that happens, students would be unable to continue their work until issues are resulved, which might take several days.

Want to join the beta test? Please enter the queue using this form.

We have also updated the feature coverage website to reflect this release.

Release notes for this version