Some people are larger than life, and Freddie Mercury, the lead singer of Queen, has always been that kind of a person. ‘Bohemian Rhapsody’ is a biographical movie on his life. Although biographies have always been popular in films, the genre is seeing a resurgence in our times, with plenty of biographies being dedicated to popular musicians, bringing them back to the spotlight. ‘Rocketman‘ is another musical biography, on Elton John, that has been making the waves.

‘Bohemian Rhapsody’ was in the pipes for a long time, and the film finally came out in 2018. It did receive some criticism for the portrayal of Mercury’s sexuality and the members of the band, not to mention the fact that it did not go enough into the details of the AIDS epidemic that broke out at the time. However, it garnered praise for the performances and the musical sequences. It managed to walk away with four Oscars, including Best Actor. With all this hype surrounding ‘Bohemian Rhapsody’, you must be longing to see the movie, if you have not seen it yet; or you might want to re-watch it if you have already seen it once. Either way, we have you covered, but before that, let us tell you a little bit about the story of the film.

What is Bohemian Rhapsody About?

‘Bohemian Rhapsody’ recounts the life of Freddie Mercury, along with the meteoric rise of Queen, and Freddie’s untimely death when he succumbed to AIDS. The film starts off by showing London in 1970, and we see Farrokh “Freddie” Bulsara (Rami Malek), an Indian Parsi refugee hailing from Zanzibar. He works as a baggage handler at the Heathrow Airport and happens to live with his parents and sister. He sees the band Smile perform at a pub and meets Mary Austin (Lucy Boynton). He later also meets Roger Taylor, the drummer, and Brian May, the guitarist. Since their lead singer has quit, Freddie offers to be the singer, showing them his vocal prowess. He and Mary also begin to date.

John Deacon joins in as the bassist, and the band is soon complete and happens to sell out tickets in Britain. However, Freddie has bigger dreams and wants to record their debut album. He also changes the band’s name to Queen and legally changes his name to Freddie Mercury. They sign with John Reid, Elton John’s manager, and Freddie and Mary become engaged. However, their popularity leads to a sold-out tour in the USA, where he begins to question his sexuality. In 1975, they come out with their fourth album which includes one of their most iconic tracks, ‘Bohemian Rhapsody’. However, creative differences with the recording label prompts Mercury to get a DJ to promote the song on the radio. It becomes a smash hit, and Queen begins their world tour.

This is when Mercury starts an affair with Paul Prenter, the day-to-day manager of the band. He breaks off his engagement with Mary and comes out to her as a bisexual, though Mary is convinced that he is gay. Anyway, they remain friends, and Mary even moves in next door when Freddie buys an extravagant property. Meanwhile, all is not well with the band, as Freddie is urged by Paul to break off and do his own thing. The strain rises when Freddie tries to get the band to expand and go into disco and club music. Deacon is the only one open to the idea, and we have ‘Another One Bites the Dust’ during this time. The relationship takes a further hit when MTV bans ‘I Want to Break Free’ because the band appears in drag. Finally, Freddie breaks up with the band and goes his own way.

Freddie later reunites with the band but discovers that the AIDS outbreak has affected him. His band members are supportive but shocked to hear this, but Freddie believes that pity is only a waste of time. A good chunk of the movie is dedicated to the songs in the concert as Queen takes the stage. Their performance makes the benefit a roaring success. The movie ends with inter-titles detailing how Freddie succumbed to AIDS-related pneumonia at the age of 45, and the Mercury Phoenix Trust was founded in his honor to help those who are living with AIDS.

Such was the life of one of the greatest stars to have graced the world, and now let us tell you where you can watch ‘Bohemian Rhapsody’.

Is Bohemian Rhapsody on Netflix?

Netflix has a lot of content, and some of it is related to music. ‘Bohemian Rhapsody’ might not be on the network, but try out ‘The Dirt‘, which is an intimate look at the rock and roll lifestyle of Motley Crue, as the movie traces their rise to superstardom.

Is Bohemian Rhapsody on Hulu?

Hulu has a library that caters to various needs, and while ‘Bohemian Rhapsody’ is available on the platform, it comes with a slight caveat. Hulu subscribers have to add the HBO pack to their existing plans at $14.99 per month. This allows them to access all HBO content including ‘Bohemian Rhapsody’. Check it out here.

Is Bohemian Rhapsody on Amazon Prime?

Amazon Prime has a library that cannot be easily bested. In this case, Prime subscribers are in luck, because ‘Bohemian Rhapsody’ is available on the platform, on a slight condition: you have to add the HBO pack to your existing Prime subscription for $14.99 a month. Alternately, you can buy the movie for $19.99. We suggest you opt for the HBO pack since it gives you access to all their content. Check it out here.

Where Can I Stream Bohemian Rhapsody Online?

No Hulu or Amazon Prime subscription? No worries. ‘Bohemian Rhapsody’ can still be streamed online. Head over to HBO Go or HBO Now and you can stream the movie if you have subscriptions to these platforms.

Where Can I Watch Bohemian Rhapsody Online For Free?

Wondering if you can watch ‘Bohemian Rhapsody’ for free? Well, wonder no more, because we have the solution for you. Head over to Amazon Prime and add the HBO pack for a free one week trial period. Since it is just one movie, you should be done before the week is up.

However, we would urge you to pay for any art that you consume.

Read More in Movie Guides: A Star is Born Rocketman

Where To Watch Bohemian Rhapsody

A top comedy voice cast that includes Abbi Jacobson, Danny McBride, Eric Andre, Maya Rudolph and Olivia Colman toplines The Mitchells vs. the Machines, a feature-length animated comedy that hits Netflix today. Reviews are encouraging, which is more than we can usually say for family-friendly fare that goes directly to streaming. Also available as of today is the Spanish series The Innocent, based on a novel by Harlan Coben, and something called Pet Stars, which is a behind-the-scenes look at a company that offers management services for animal influencers. If that’s not an apocalyptic vision, I don’t know what is.

A new month also means a huge drop of new-old titles, and there’s a particularly intriguing addition this month. Philippe Falardeau’s first film La moitié gauche du frigohas been difficult to see since a DVD reissue in 2009, but now that has been remedied — the film will be available to stream on Netflix as of May 2. Other highlights include Gandhi, the first three Rambomovies, the Ruth Bader Ginsburg biopic On the Basis of Sexand Twister, all available as of May 2. There’s a slightly smaller drop of movies on May 5, including Casino, How Highand Weird Science.

Michael B. Jordan stars in Tom Clancy’s Without Remorse, the House of Bezos’s latest attempt to court the conservative basement-dwelling dad audience. Jordan is Navy SEAL chief John Clark, who takes on corrupt Russian military operatives after his wife is murdered; Guy Pearce, Jamie Bell and Jodie Turner-Smith co-star. The film is one of Amazon’s biggest plays this year, though reviews are mediocre at best.

As of May 1, you can stream As Good As It Gets, Hancock and My Best Friend’s Wedding, amongst others. Also worth noting is that Wild Mountain Thyme, John Patrick Shanley’s critically savaged Irish romance starring Jamie Dornan and Emily Blunt, is available to stream as of May 5. Disney Plus has a short prequel to Soul, 22 Vs Earth, premiering today alongside the regular rotation of shows releasing episodes every week. On the movie side, you’ve got Bohemian Rhapsody, the 1993 version of The Beverly Hillbillies and the 1955 musical Oklahoma!

New on Apple TV Plus

Justin Theroux stars in The Mosquito Coast, a miniseries adaptation of his uncle Paul Theroux’s novel of the same name. It was brought to the screen by Peter Weir with Harrison Ford in the lead in 1986. The plot centres around a man who drops out of society and takes his family to live in South America to “escape” society; Melissa George and Kimberly Elise co-star. 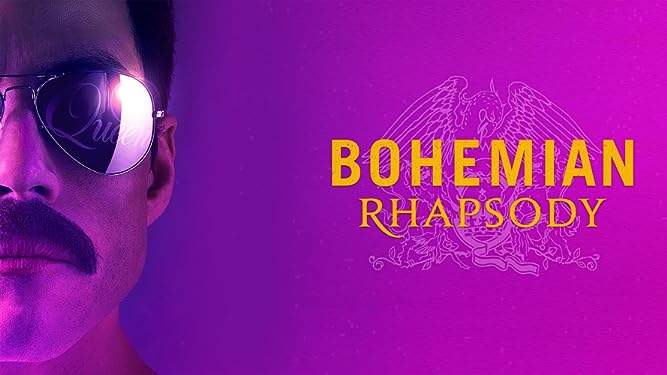 CBC Gem has a series of documentaries they’ve dubbed the Asian Heritage Collection which includes Bad Rap, about four Asian-American rappers (including Awkwafina), Matangi / Maya / M.I.A., about the rapper of Sri Lankan origin M.I.A., The Donut King, about a Cambodian refugee who became a successful donutmonger and businessman, and Lost & Found, which focuses on Canadian beachcombers finding items lost during the Japanese tsunami in 2011.

As I mentioned last month, Criterion now drops most of its programming on the first of the month, with some double features and extras being rolled out over the course of the month. Retrospectives on the Channel this month include a Satyajit Ray retro to celebrate what would have been the Indian master’s 100th birthday this month, Golden Age studio director Mitchell Leisen, a 10-film retrospective of the work of Gena Rowlands, nine films starring Robert Ryan, a series titled After the War, featuring films that look at the lives of soldiers who have returned from the war, and 11 films written by blacklisted screenwriter Dalton Trumbo.

Other film highlights include Spartacus, the streaming premiere of actor Tom Noonan’s (Manhunter) What Happened Was…anda retrospective of the early work of Josephine Decker.