Taoist Grimoire ( or ‘Fang Shu’) also know as a Book of Methods with Fu Sigils or Talismans and a stunning nine pages glossary of esoteric glyphs, ~ late 19th C

Beautifully calligraphed in black ink on handmade paper made of handmade with straw or mulberry paper bound together with cord. 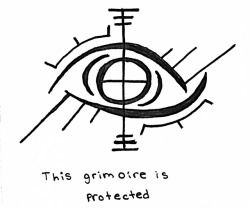 Fang Shi was the term used between 300 BC and 500 AD to describe anyone who practiced the esoteric arts. Benebell Wen (2016) translates this to ‘methods master.’ To qualify as a methods master, one would have to be learned in numerology, astrology, divination, exorcism, interpreting omens, as well as being a practitioner of magic (or craft). The personal journal that contained all the Fang Shi’s knowledge would be his or her Book of Methods (or Fang Shu). Book of Methods, as described here, can be likened to Western Practitioner’s grimoire. Presumably, these texts contain the drawings of the Fu sigils that the practitioner uses, ritual scripts, charging methods, explanations of how the sigils are crafted, and the Lu, a registry of the spirits and demons that the practitioner could summon and the summoning methods. In addition to drawings of Fu sigils, this particular Book of Methods contains nine stunning pages of what appears to a glossary of ideographs (or Glyphs) which are typically used as component parts when crafting a sigil. Each Glyph is associated with a Chinese character and meaning.

According to Taoist scriptures, a talisman is a condensation of the clouds in the sky. It is written that, the talisman is originally condensed in the sky. The Supreme Perfection faced upward, wrote the heavenly writings, differentiated the directions, and distinguished pictures and drawings from the writings of the talismans.” Later, the Supreme Venerable Sovereign ( 太上老君 Taishang Laojun ) and other immortals imparted them to this world. (Source: Benebell Wen, The Tao of Craft, pg. 154, 155) 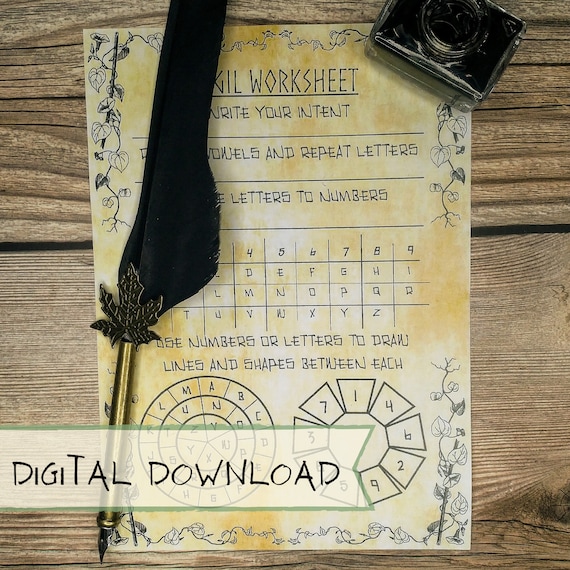