In a coup for streaming platforms and a blow for Bollywood, the makers of Gulabo Sitabo announced on Thursday that they have opted for a digital release over conventional distribution.

Shoojit Sircar’s comedy-laced drama, starring Amitabh Bachchan and Ayushmann Khurrana, will be out on Amazon Prime Video on June 12. “This is the dawn of a new era for Indian entertainment,” Sircar said in a press release. “I am happy that a global audience will be able to watch our gritty dramedy, and enjoy what the film has in store for them.”

The announcement put an end to rumours that been swirling around the production’s fate in the light of the novel coronavirus pandemic. The unprecedented health catastrophe has resulted in a lockdown around vast parts of the globe and led to the shuttering of non-essential businesses, including movie theatres. In India, where cases are on the rise, the reopening of single-screen cinemas and multiplexes appears unlikely for the next few weeks, at the very least. 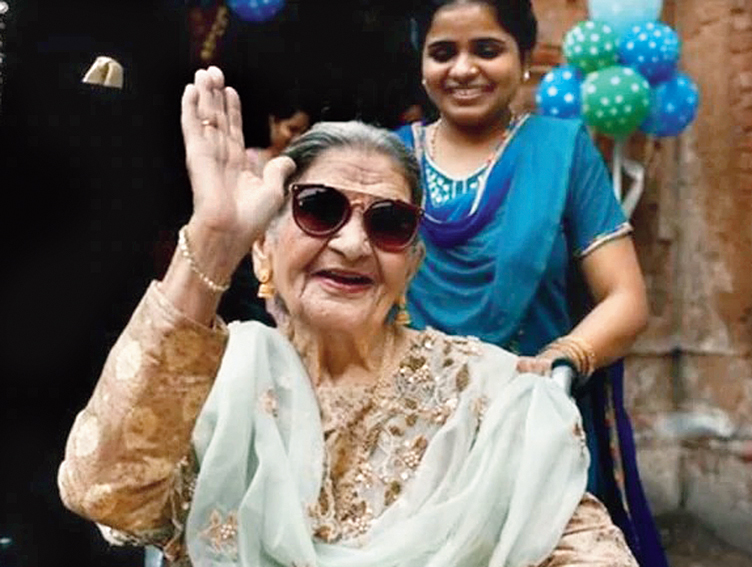 “At Amazon we’re listening to our customers, and working backwards from there,” Vijay Subramaniam, Director and Head, Content, for Amazon Prime Video in India, said in a press statement. “Gulabo Sitabo is one of the most anticipated films of the year. We are happy to exclusively premiere Gulabo Sitabo on Prime Video. It is the first step in our endeavour to bring superior cinematic experiences to our customer’s doorstep.”

Gulabo Sitabo was initially pencilled in for an April 15 release that was later changed to June. It has been written by Juhi Chaturvedi, Sircar’s frequent collaborator, and produced by Ronnie Lahiri and Sheel Kumar. The film reunites Sircar with Khurrana, who headlined his breakthrough comedy Vicky Donor in 2012, and Bachchan, who starred in Piku in 2015.

The press release describes Gulabo Sitabo as “the quirky tale of two slimy scheming foxes in a game of one upmanship, each one attracting other members to their clan and each one with an agenda of his own”.

Sircar had previously declared that he was open to digital distribution, given the circumstances. “As a filmmaker, I’d want to see my film open in the theatre, but the situation is unlike anything anyone had ever experienced,” he told Mumbai Mirror in an interview in late April.

The question that is likely to reverberate in the Hindi film industry is: who will bite the bullet next?

Among the movies that are waiting in the pipeline are Sooryavanshi, 83 and Coolie No 1. The productions that have been indefinitely delayed include Laxmmi Bomb, Sandeep Aur Pinky Faraar, Gunjan Saxena: The Kargil Girl, Shakuntala Devi, Radhe, Indoo Ki Jawani, Roohi Afzana, Chhalaang, Bunty Aur Babli 2, Chehre, Shershah and Shamshera. Some of these films are complete – such as Sandeep Aur Pinky Faraar –whileothers are in various stages of post-production.

By opting for streaming rather than holding back Gulabo Sitabo until the situation improves, its makers have boldly embraced the inevitable. Cinemas are unlikely to resume operations in the near future. When they do, they will need to put health protocols in place for at least a few months, which include ensuring distance between patrons by selling only half the number of tickets, hand sanitisers at entrances and exits, and masked and gloved staffers.

Filmmakers will also be eager to cash in on the eagerness of streaming platforms to add prestigious productions with reputable talent to their showcase. Unlike studios and cash-rich production companies, producers of mid-budget films might not have the luxury of riding out the crisis caused by the pandemic. Many of them have borrowed money to complete their projects, and will have to continue paying interest on loans until the movies get released.

A good deal from a streamer – and one that allows a movie to be watched around the world – is an offer few filmmakers are likely to refuse.

A rough road ahead

The streaming option is unlikely to go down well with distributors and cinema owners. They will be eager to have a variety of films to woo back audiences whenever they open their doors once again. They will especially be keen on balancing A-list productions with mid-budget and light-hearted fare.

Their anxiety will be heightened by the gaping holes in the release calendar. All aspects of production have been on hold since late March. No new films, web series or television shows are being shot at present. The ones that were mid-way through their shoots are in limbo.

Some productions will be riding out the storm. Kabir Khan’s 83, about the Indian cricket team’s historic World Cup victory in 1983, has been pushed all the way until January 2021. Other powerful producers have been tight-lipped about whether they will take the streaming route.

The Tamil film industry has already given a glimpse of the rough road ahead. Ponmagal Vandhal, starring Jyothika and produced by her husband, the actor Suriya, was supposed to be directly streamed in early May. Leading the backlash against Suriya was the Theatre and Multiplex Owners Association, which threatened to block the release of any film produced by Suriya or featuring him in the cast.

The association’s general secretary, R Paneer Selvam, said in a video statement, “It hurts to know that the film will not be released in theatres. We have a rule that films that are made for the big screen should be released in theatres first, followed by a digital release. We condemn the producer who has decided to sell streaming rights.”

The latest reports suggest that Ponmagal Vandhal, in which Jyothika plays a lawyer, will be streamed towards the end of May. As the coronavirus continues to rage in India, many more productions might seek to cut their losses and move on to other projects, making new allies even as they upset their traditional partners.

Support our journalism by contributing to Scroll Ground Reporting Fund. We welcome your comments at [email protected]

Share your perspective on this article with a post on ScrollStack, and send it to your followers.

Gulabo Sitabo is being released on Amazon Prime Video on June 12, even as the move was opposed by cinema hall owners, who said this would lead to other filmmakers shifting to OTT platforms, causing huge losses to the film theatre industry. It is the first mainstream Bollywood film which will forego theatrical release to directly release digitally, according to IE.

The film is a story about a Mirza Sheikh, played by Amitabh Bachchan, and a Baankey Sodhi, who are caught in a game of one-upmanship against each other. Directed by Shoojit Sircar, who has previously worked with BigB in Piku and Ayushmann in Vicky Donor, the comedy-drama film is written by Juhi Chaturvedi. The filming for the movie began in June 2019, around the same time when a quirky teaser poster for the film was also released.

The film was initially slated to release in November last year, but was rescheduled a few times before it was finally scheduled for April 17. However, due to the COVID-19 pandemic and the resultant lockdown, it was announced in May that the film would be released on Prime Video.