For any of you that have been waiting for multiple emulation options on the XBox One your time has come. Retrix is here and thanks to the hard work of GBATemp member @Absestos.

RetriX is the first Libretro front end that is optimized for multiple input methods: gamepad, mouse + keyboard and touch are all first class citizens. RetriX is also built from the ground up to take advantage of Windows 10's gaming and security features.

Retrix is a port of LibRetro that uses some of the LibRetro cores to UWP, which both Windows 10 and Xbox One users can use. Currently it is able to emulate games from a wide range of systems, like the NES, SNES, GBA, Sega Genesis, PlayStation 1, with even more additions planned in the future, like N64 and Dreamcast. Retrix also allows for 2 player support, as well as savestates.

The only condition is to being able to access this, is that users will need a Developer Account, for their Xbox One. The process is simple but requires $19.99 to activate, permanently. You then receive 3 slots to register any accounts too. You can do that here.

Here is what you will need to do to get this running.

Steps on how to enable developer mode on your Xbox One

1. Obtain a developer account.
2. On your Xbox One, install the free “Dev Mode Activation” app from the Xbox store
3. The Xbox will then give you a 6 digit code, on your computer, go to the Dev Center hub on Microsoft’s site, and put the code in there.
4. Your system will confirm the activation code, and prompt you to restart into Developer Mode

How to side load Retrix and use it

1. After the above steps, the console will be in Developer Mode. You will then see your Xbox One’s IP on the home menu.
2. Type this IP into your browser, which will take you a hub page. You can upload the .APPX for Retrix here. It’ll install to your Xbox, and you’ll be good to go.
3. PlayStation and Sega CD games require BIOS. You’ll need these to play games from either of those systems.
4. Get a USB with a roms folder on root, put any roms and BIOS files there.
5. You’re done! Select a given system from Retrix’s menu, and load your rom, and it will boot.

There is a thread on GBATemp here that you can fallow along and get more info as it becomes availablehere.

You can even help support the dev here, and we all know we would like to see more so let’s hope this lasts but we all know that Microsoft will take it down just like the past emulators that made it to the system.

Thanks for reading and keep doing it for the love of the game. 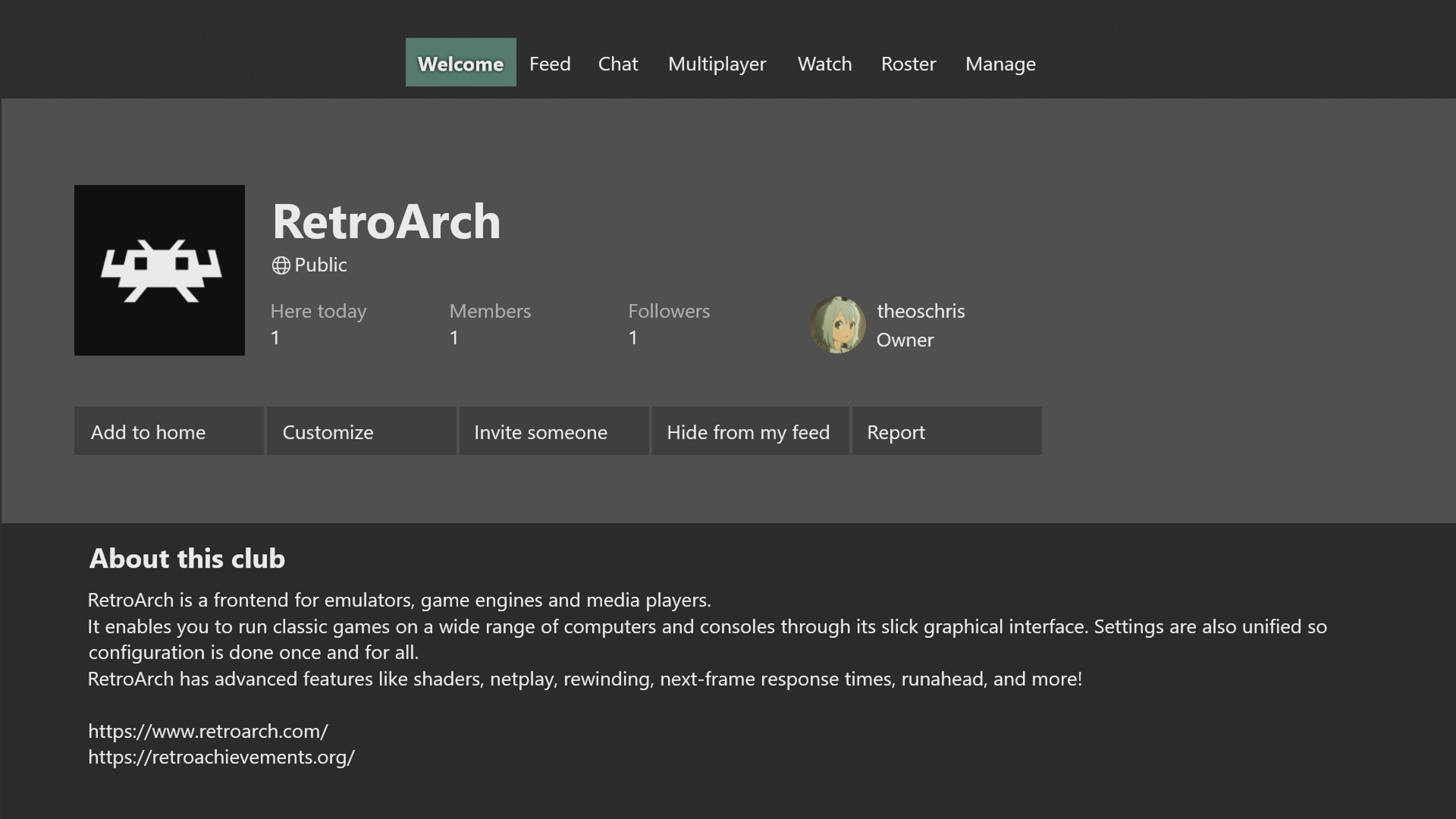