You can combine results from two tables using GENERATE, GENERATEALL or CROSSJOIN.

GENERATE corresponds to a SQL inner join; GENERATEALL to a SQL outer join.

Fast merge of two data.tables. The data.table method behaves very similarly to that of data.frames except that, by default, it attempts to merge at first based on the shared key columns, and if there are none, then based on key columns of the first argument x, and if there are none, then based on the common columns between the two data.tables. Set the by, or by.x and by.y arguments explicitly. Merge two tables using the VLOOKUP function. Copy the headings Sales ID and Region in the Orange table (only those two cells). Paste the headings into the cell, to the right of the Product ID heading of the Blue table. In the Blue table, in the first cell beneath Sales ID, start writing this.

In this article we learn how to merge two DataTables in C#. Let's create a project and name it Demo. Write the following code in default.aspx.cs.

The GENERATEALL function allows you to show for every row in one table the related rows in another:

-- show for each species

This would show for each species the animals it contains:

Filtering the data from one of the combined tables

Typically, you use GENERATE or GENERATEALL to show only certain matching rows for each main table row. For example, the following query lists out each row from the species table, together with the two-legged animals for each species:

-- show every species, and the two-legged

-- animals corresponding to it 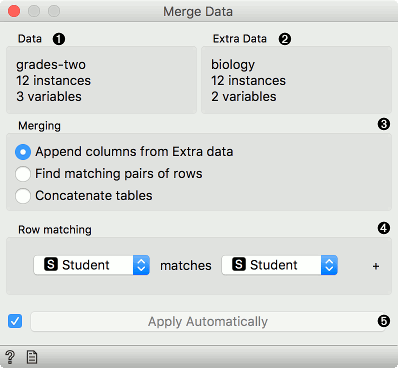 This would give the following results. Because we've used GENERATEALL, we also get the species which have no two-legged animals (mammals, reptiles and amphibians):

You could run the query above using GENERATE instead of GENERATEALL, like this: 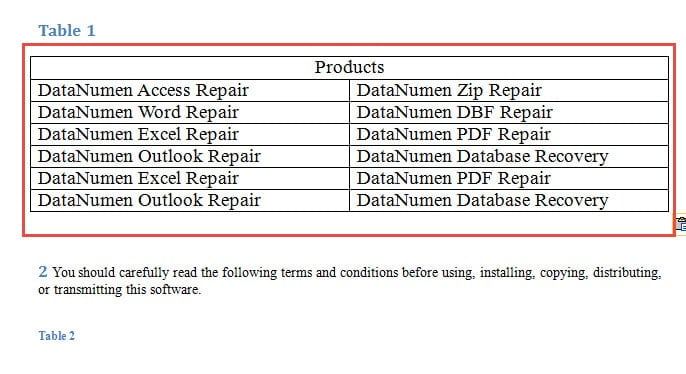 -- show only those species with two-legged

Merge 2 Tables Into One

This would then give the following results:

The GENERATE function corresponds to an inner join in SQL, so we only see species which have two-legged animals.

Using CROSSJOIN to show all combinations of tables

The CROSSJOIN function mimics the SQL CROSSJOIN statement, and is (in my humble opinion) about as useful. Here's an example:

-- show every species, and every two-legged

What this variant on our query would show is every species, and for each species every two-legged animal:

Struggling to see why this would be useful? Me, too.

As I delve further into exotic DAX commands, I'll finish this blog by showing the ROW and CONTAINS functions.