Example 2: Keep Data of Unmatched Rows. The merge function provides the options all.x and all.y. These two options can be used to retain certain rows of your input data tables, even when no match is found for the merging. With the following R codes, we can keep all rows of our first input data frame (i.e.

8.3dplyr::filter() to conditionally subset by rows

Use filter() to let R know which rows you want to keep or exclude, based whether or not their contents match conditions that you set for one or more variables.

Some examples in words that might inspire you to use filter():

When we use filter(), we need to let R know a couple of things:

Here, we’ll learn some common ways to use filter().

Here, we need to tell R to only keep rows from the fish data frame when the common name (common_name variable) exactly matches garibaldi.

Use to ask R to look for exact matches:

Check out the fish_garibaldi object to ensure that only garibaldi observations remain.

Task: Create a subset starting from the fish data frame, stored as object fish_mohk, that only contains observations from Mohawk Reef (site entered as “mohk”).

Explore the subset you just created to ensure that only Mohawk Reef observations are returned.

8.3.2 Filter rows based on numeric conditions

Use expected operators (>, <, >=, <=, ) to set conditions for a numeric variable when filtering. For this example, we only want to retain observations when the total_count column value is >= 50:

8.3.3 Filter to return rows that match this OR that OR that

What if we want to return a subset of the fish df that contains garibaldi, blacksmith OR black surfperch?

There are several ways to write an “OR” statement for filtering, which will keep any observations that match Condition A or Condition B or Condition C. In this example, we will create a subset from fish that only contains rows where the common_name is garibaldi or blacksmith or black surfperch.

Way 1: You can indicate OR using the vertical line operator to indicate “OR”:

Alternatively, if you’re looking for multiple matches in the same variable, you can use the %in% operator instead. Use %in% to ask R to look for any matches within a vector: 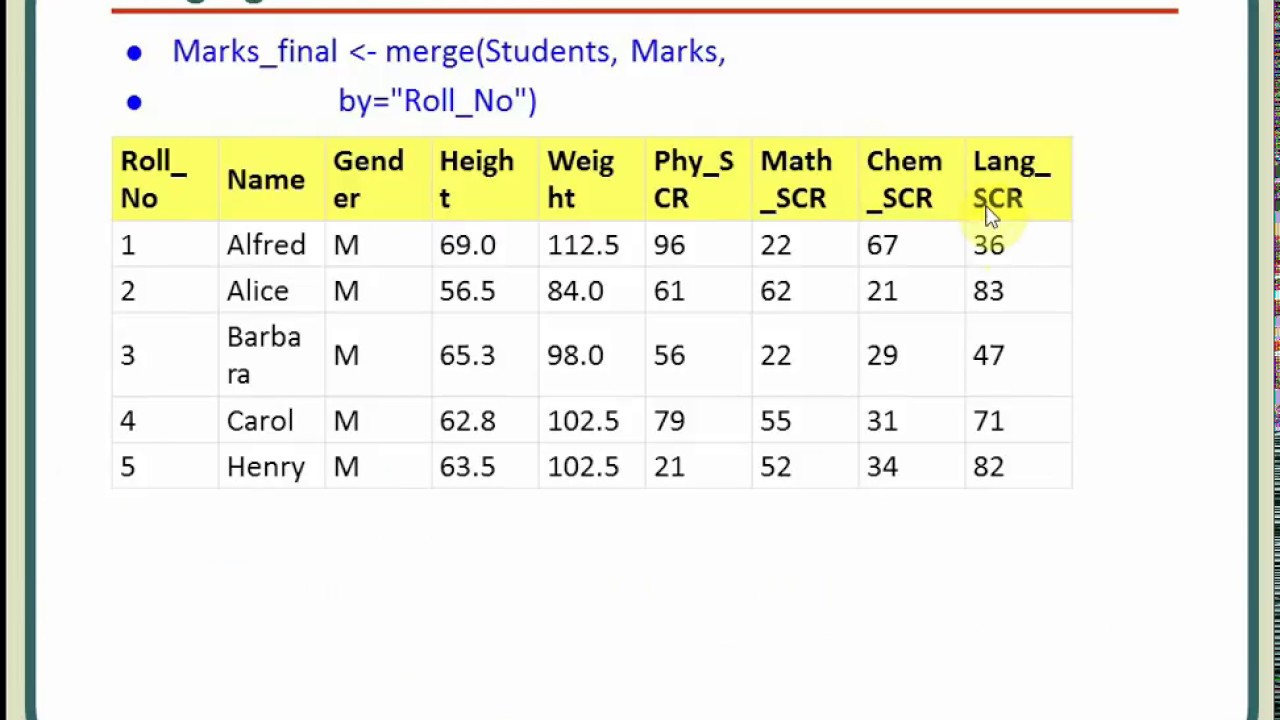 Notice that the two methods above return the same thing.

Critical thinking: In what scenario might you NOT want to use %in% for an “or” filter statement? Hint: What if the “or” conditions aren’t different outcomes for the same variable?

Task: Create a subset from fish called fish_gar_2016 that keeps all observations if the year is 2016 OR the common name is “garibaldi.”

8.3.4 Filter to return observations that match this AND that

In the examples above, we learned to keep observations that matched any of a number of conditions (or statements).

Sometimes we’ll only want to keep observations that satisfy multiple conditions (e.g., to keep this observation it must satisfy this condition AND that condition). For example, we may want to create a subset that only returns rows from fish where the year is 2018 and the site is Arroyo Quemado “aque”

In filter(), add a comma (or ampersand ‘&’) between arguments for multiple “and” conditions:

Check it out to see that only observations where the site is “aque” in 2018 are retained:

Or you could just do two filter steps in sequence:

Merge But Keep All Data R

Challenge task: Create a subset from the fish data frame, called low_gb_wr that only contains:

8.3.6stringr::str_detect() to filter by a partial pattern

Sometimes we’ll want to keep observations that contain a specific string pattern within a variable of interest.

For example, consider the fantasy data below:

There might be a time when we would want to use observations that:

Let’s detect and keep observations from fish where the common_name variable contains string pattern “black.” Note that there are two fish, blacksmith and black surfperch, that would satisfy this condition.

Task: Create a new object called fish_it, starting from fish, that only contains observations if the common_name variable contains the string pattern “it.” What species remain?

We can also exclude observations that contain a set string pattern by adding the negate = TRUE argument within str_detect().

Sync your local project to your repo on GitHub.