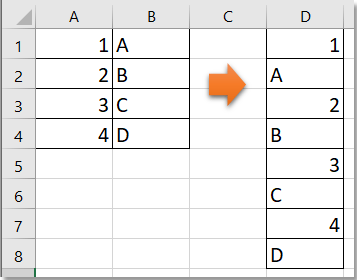 At the high level, there are two ways you can merge datasets; you can add information by adding more rows or by adding more columns to your dataset. In general, when you have datasets that have the same set of columns or have the same set of observations, you can concatenate them vertically or horizontally, respectively. Join in R: How to join (merge) data frames (inner, outer, left, right) in R We can merge two data frames in R by using the merge function or by using family of join function in dplyr package. The data frames must have same column names on which the merging happens. Merge Function in R is similar to database join operation in SQL.

Merge By Two Columns In R

Dear R Help,
I am trying to put together two columns of unequal length in a data frame. Unfortunately, so far I have been unsuccessful in the functions I have tried (such as cbind). The code I am currently using is : (I have highlighted the code that is not working)
y<- mydata[,2:75]
year <- mydata$Year
res <- data.frame()
for (i in 1:74){
y.val <- y[,i]
lake.lm= lm(y.val ~ year)
lake.res=residuals(lake.lm)
new.res <- data.frame(lake.res=lake.res)
colnames(new.res) <- colnames(y)[i]
#cbind doesn't work because of the unequal lengths of my data columns
res <- cbind(res, new.res)
print(res)
}
mydata is a csv file with 'Year' from 1950 on as my first column and then each proceeding column has a lake name and a day of year (single number) in each row.
Please let me know if there is any more information I can provide as I am new to emailing in this list. Thank you for your time!
Bailey Hewitt
[[alternative HTML version deleted]]
______________________________________________
[hidden email] mailing list -- To UNSUBSCRIBE and more, see
https://stat.ethz.ch/mailman/listinfo/r-help
PLEASE do read the posting guide http://www.R-project.org/posting-guide.html
and provide commented, minimal, self-contained, reproducible code.