merge is a generic function whose principal method is for data frames: the default method coerces its arguments to data frames and calls the 'data.frame' method.

By default the data frames are merged on the columns with names they both have, but separate specifications of the columns can be given by by.x and by.y. The rows in the two data frames that match on the specified columns are extracted, and joined together. If there is more than one match, all possible matches contribute one row each. For the precise meaning of ‘match’, see match.

Columns to merge on can be specified by name, number or by a logical vector: the name 'row.names' or the number 0 specifies the row names. If specified by name it must correspond uniquely to a named column in the input.

If all.x is true, all the non matching cases of x are appended to the result as well, with NA filled in the corresponding columns of y; analogously for all.y.

If the columns in the data frames not used in merging have any common names, these have suffixes ('.x' and '.y' by default) appended to try to make the names of the result unique. If this is not possible, an error is thrown. 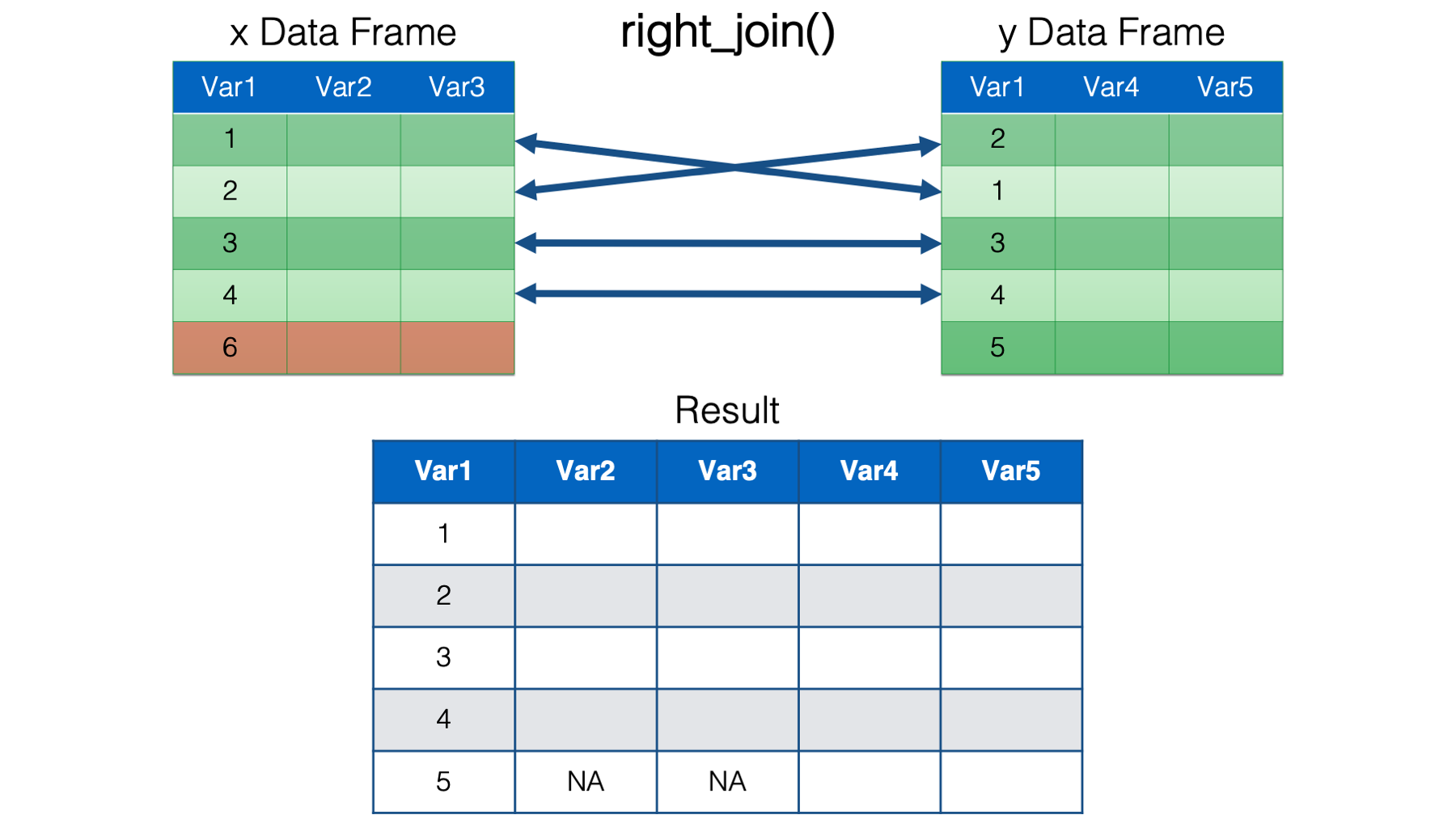 If a by.x column name matches one of y, and if no.dups is true (as by default), the y version gets suffixed as well, avoiding duplicate column names in the result.

The complexity of the algorithm used is proportional to the length of the answer.

Merge Two Dataframes In R By Column In Excel

In SQL database terminology, the default value of all = FALSE gives a natural join, a special case of an inner join. Specifying all.x = TRUE gives a left (outer) join, all.y = TRUE a right (outer) join, and both (all = TRUE) a (full) outer join. DBMSes do not match NULL records, equivalent to incomparables = NA in R.