Apple showed off many new features of the new iPhone during its “Gather round” event earlier this month, but there’s one major update that didn’t make it to the main stage. It was an update to the iPhone’s NFC (near field communication) support, the tech that lets you scan your iPhone to checkout through Apple Pay.

Before iOS 12, users of NFC-equipped iPhones needed to open an app to access this feature. But the day after its event, Apple told developers that iOS 12 would support NFC “background tag reading” on the new iPhones, meaning once these iPhones are unlocked after booting up they constantly scan for NFC tags.

With the new NFC implementation, as long as an iPhone XS or XR is within 1.6-inches of an NFC tag, it displays a notification you can tap to open an app or link in Safari.

“We are excited to see how this will make the user experience even better and make it easier for apps to handle NFC tags,” said Lawrence Chung, wireless software engineer at Apple, in a Tech Talks video.

Apple ushers in the world of connected things

The update could have a huge impact on everyday iPhone owners and businesses alike. Craig Tadlock, CEO of GoToTags, one of the top sellers of NFC tags and hardware for encoding tags with digital information, said his company already sees an uptick in interest. Tadlock told Macworld that his company has seen ten times the traffic on its website, social media, and email since Apple’s NFC announcement.

“Apple’s full support for reading NFC tags will be transformational for what I call ‘connected things,’” he said. “GoToTags bet on this happening seven years ago, and it’s taken a while for it to pay off but now that it has it’s huge for us.”

Connected things are essentially digital experiences found in everyday objects. For example, a tag on a movie poster could open up a trailer when you scan it with your iPhone. Or scanning an action figure would let you see a digital version of the character. (Think: Nintendo Amiibo.) You could scan packaging on furniture or appliances to open step-by-step directions via text or even a video. Tags in grocery stores could also give you dietary information about what’s on the shelves.

“Just look around your home and office and start imagining what is the natural digital action for each item if you touched your phone to it,” Tadlock said.

According to Tadlock his company had seen steady growth before the NFC update, but potential customers sometimes told him to “let me know when this works on the iPhone.” Now that it does, he expects to see many more products shipping with NFC tags to provide directions, documentation, registration, warranties, and more. 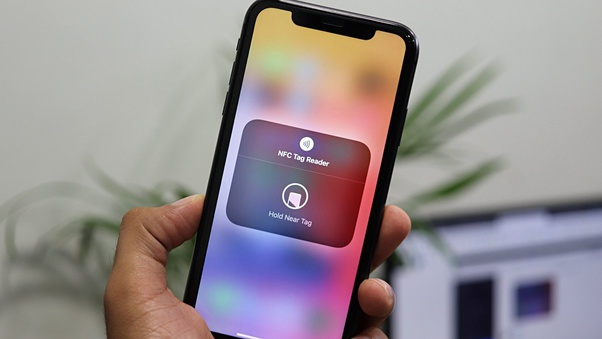 “It will be expected and natural for items to be tagged, both consumers and brands want it,” Tadlock said.

Is Apple just catching up to Android with NFC?

Apple first introduced NFC in the iPhone 6 in 2014. But Android has supported NFC for numerous uses since 2010.

For example, owners of Android-enabled NFC smartphones have used to NFC to scan a “business card” with a tag to get contact information or scan an area on a map to get directions at a conference.

David Shalaby, founder and CEO of TapTrack, told Macworld that Apple’s update has taken a page from Android with its background scanning feature, but has limited the types of data it can handle to URIs and URLs, instead of supporting a larger range of data types, such as text.

“In this way, it’s not as flexible as the analogous Android capability but is still very useful since a lot of information can be put into a URI,” he said. Similar to URLs, URIs are another less specific string of characters that bring up data from the internet.

Shalaby said he was frustrated that the NFC update wasn’t coming to older iPhone models, but the update was still exciting and “long-awaited.”

“Being able to launch a URL from an NFC tag on an iPhone without an app truly is a day of reckoning for all of us,” he said.

Are there new security risks?

One question that arises from Apple’s NFC update is the possibility of new security risks. In 2012 and 2014, cybersecurity developers at a conference used previously unknown flaws to hack NFC-enabled smartphones. 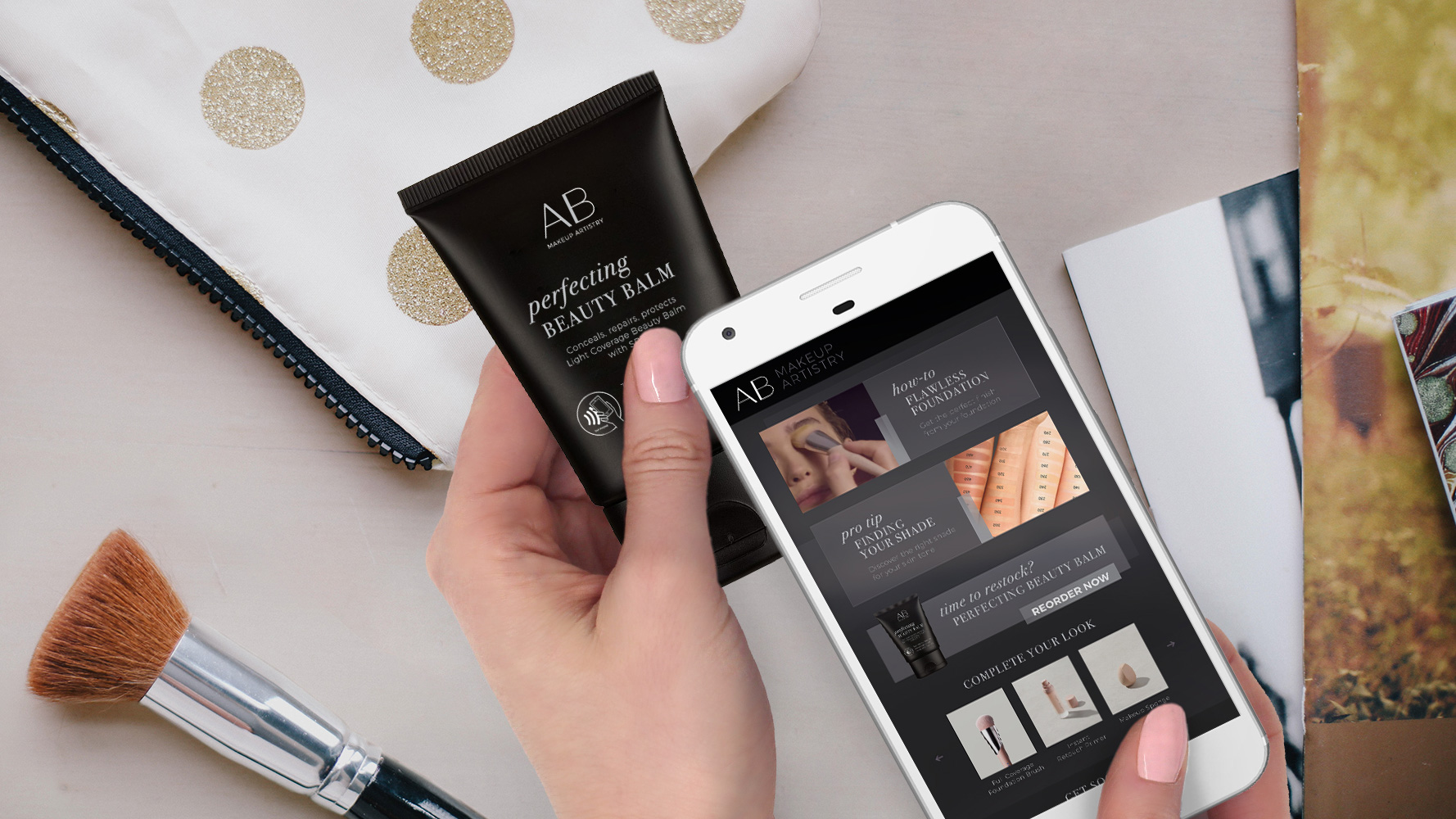 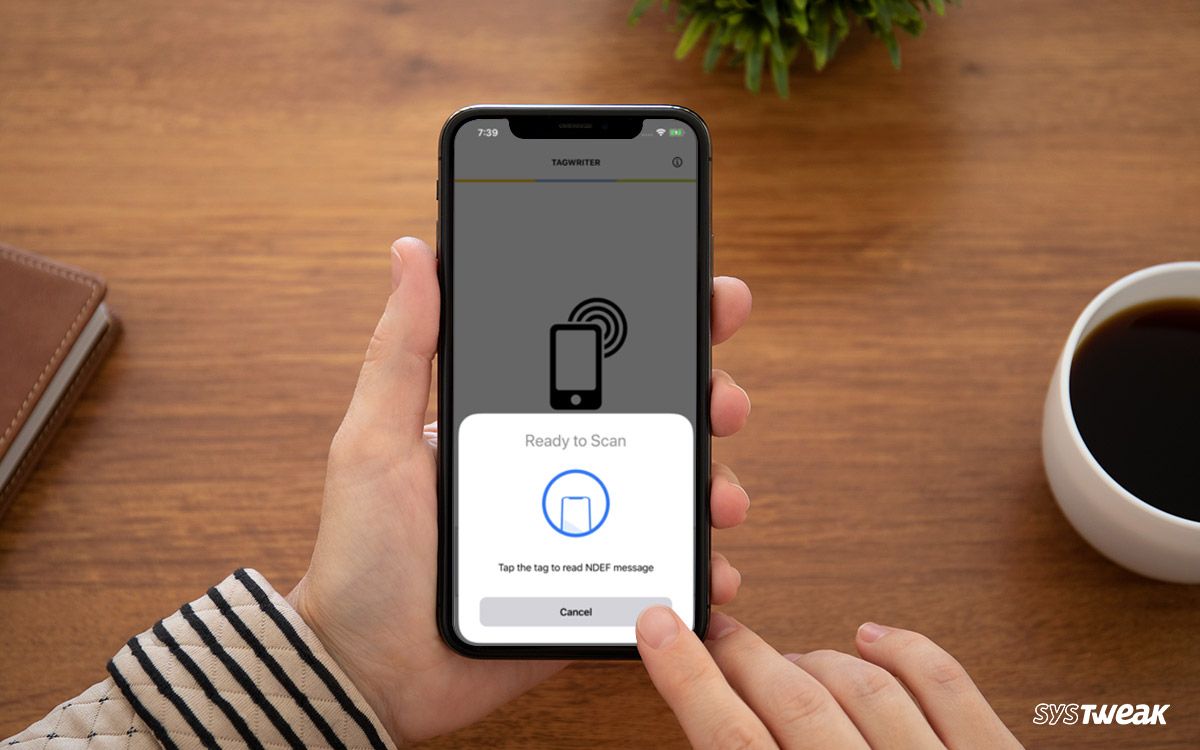 He said his organization hasn’t yet evaluated Apple’s new NFC feature for security, but at the upcoming Pwn2Own Tokyo conference attendees can use NFC to win $60,000 if they successfully hack an iPhone.

“It’s no more hazardous to the user than clicking in a web browser or a link in an email,” he said. “It just comes down to URL verification and common sense and as such no new risks are introduced.”

update 2 April 2019: The UK Home Secretary announced that the EU Exit app, which uses ReadID, will support iPhones/iPads before the end of the year. See also press release.

Although iPhones have NFC hardware, the iOS APIs do not allow the access to this NFC hardware that is needed to read the contactless (RFID) chips embedded in passports and similar ICAO 9303 compliant identity documents. This in contrast to Android, which for many years already allows this. In this blog post we describe how we implemented ReadID for iOS using external NFC readers, but first we give some background on NFC support in iOS.

NFC for iOS
About 25% of the mobile phones worldwide are iOS (according to StatCounter.com), the rest is basically all Android. Of course, for a certain country this 25% can be significantly higher or lower, for example inhabitants of Germany seem to like Android much more than inhabitants from the US.

If we go back a few years, iPhones did not have any NFC hardware at all. But from the iPhone 6/SE onwards iPhones do have NFC. This NFC capability is used for Apple Pay. With iOS 11 (September 2017) Apple made a major step by allowing third-party developers to access the NFC capability to read NFC tags, for iPhone 6S phones and onwards. Unfortunately, this API only supports reading NDEF tags. NDEF tags are very basic NFC tags that typically contain strings, for example a website address, contrary to the more complex ISO14443 tags that are embedded in passports.

Especially over the last year the limited support for NFC that iOS provides has gotten quite some attention from press and politics. For example, around UK’s EU Settlement Scheme app, see also this article from the BBC (1 Nov 2018) Brexit: UK government's battle with Apple over EU citizens app. By the way, ReadID is used in this app. And in the Netherlands this is a recurring subject in our parliament, see also this article in Telecom paper (17 July 2018): Dutch govt calls for Apple to open up iOS NFC for user authentication.

External readers for iOS
It depends on the use case how to deal with the lack of NFC APIs on iOS. Of course, for enterprise use cases in which employees have an Android device, for example the Dutch police, there is not an issue. And sometimes a work-around with borrowing someone else’s phone works. Another option is an external reader. We’ve had an alpha/demo version of ReadID on iOS for two years or so already, and over the years have experimented with different external NFC readers. To be honest, with mixed results. Some of these readers we found are simply not stable enough to be used to read passport chips and/or are too slow.

We’re now doing a pilot for a Dutch government customer with ReadID on iOS using a connected reader that is quite small and relatively cheap. We made a screen recording of our iOS demo app using this reader, see https://youtu.be/gdWa9uOPzLQ.

The benefit of this connected reader, over the typical alternative of an external Bluetooth-based NFC reader, is the user convenience: there is no need for Bluetooth pairing and there is no battery, thus no need to charge this battery. We also have a, much more expensive, sleeve-model connected reader that works fine and also has additional sensors besides NFC. And we’ve recently started testing with the first Bluetooth reader that seems to work fine. Of course, when Apple opens up iOS we’ll very quickly support the embedded NFC as well.

We’re now ready to start a few more pilots and soon also a first production usage of ReadID on iOS. Please do contact us via [email protected] (or your regular contact for existing customers) if you’d like be part of these first deployments.