Much like they did with cable in the 1980s and satellite television in the 1990s, the NFL on Thursday made another significant transition in the way its games are viewed.

The league’s new rights agreements, worth $113 billion over the 11 seasons of the new deals that begin in 2023, include a streaming service receiving an exclusive full season package for the first time when Amazon Prime Video will be the home of 15 “Thursday Night Football” games.

“This is a seminal moment for the distribution of our content,” commissioner Roger Goodell said. “These deals remind me of back in the ’60s, how NFL content and games were a big part of the broadcast TV growth, and then going into the ’80s, with our first commitment to cable television, and then the ’90s with our commitment to satellite television and our Sunday Ticket package. I’m sure we’re going to look back on these deals the same way that we did back in the 1980s.

“This provides our fans with greater access. We want to provide our games on more platforms than ever before.”

The new contracts also mean the NFL will nearly double its media revenue to more than $10 billion a season. The league took in $5.9 billion a year in its current contracts.

The total of $113 billion is an increase of 80% over the previous such period, a person with direct knowledge of the contracts told The Associated Press. The person spoke on condition of anonymity because the money figures were not made public.

Amazon has partnered with the league to stream 11 Thursday night games since 2017, but it will take over the entire package from Fox, which has had it since 2018. Amazon streamed a Week 16 Saturday game between the 49ers and Cardinals last year that was seen by an estimated 11.2 million total viewers and had an average minute audience of 4.8 million. That was the largest audience to stream an NFL game.

“Over the last five years we have started the migration to streaming. This is another large step in this direction,” said New England Patriots owner Robert Kraft, chairman of the league’s media committee. “Our fans want this option and understand streaming is the future. We have created a unique hybrid of viewing options and streaming. This should provide a smooth transition to the future of content distribution.”

“Our relationship with the NFL has been a process. It is incredible trust the league has put in us which is largely based on our track record with them,” she said. “It is a game changer for us. We are really excited for the innovative technologies and ways to serve fans.”

Games on Amazon will also be carried on over-the-air broadcast stations in the cities of the participating teams, also the case with games aired on ESPN and NFL Network.

ABC gets back in the Super Bowl rotation with two games over the 11 seasons. ESPN gets some flexibility in its schedule on Monday nights, with the NFL agreeing to potentially move as many as five games from Sunday, and will have three doubleheaders, up from one.

The contract also expands digital rights for the other networks as well. ESPN+ will air one of the London games and NBC’s “Peacock” platform will also have one exclusive game per season for six years beginning in 2023.

Games will continue to air on CBS, Fox, NBC as well as ESPN/ABC. ESPN’s deal was scheduled to end after 2021, while the others expired a year later, but ESPN will have a bridge deal for 2022.

The new deals kick in with the 2023 season and expire after the 2033 schedule. The league was able to get a sizable increase despite ratings for regular-season games decreasing by 7% after two years of growth. The declines have been largely attributed to the coronavirus pandemic and a presidential election.

Even with declines, regular-season games last year averaged 15.6 million television and digital viewers, according to the league and Nielsen.

Here are other key points of the new contract:

INCREASED REVENUE: With the hefty new contracts the 32 NFL teams and their players can look forward to increased salary caps throughout the decade. The cap decreased by nearly $16 million this year due to the coronavirus pandemic.

The broadcast partners also figure to get an extra game per season, likely beginning this year. NFL owners are getting ready to implement a 17-game regular season. Goodell said discussions about the new schedule will be conducted during the owners meetings later this month with an announcement expected within the next three weeks.

The media deals have wrapped up a hectic 12 months for the league, which included completing a new labor agreement and having no games canceled in the midst of the coronavirus pandemic.

BIG WINNER: Without a doubt it is ESPN and ABC. Not only does ABC return to the Super Bowl rotation for the first time since the 2005 season, but it finally gets those flex scheduling options for “Monday Night Football”. That was a right only previously given to NBC when flex scheduling was introduced in 2006. ESPN’s flex option will start in Week 12 and can be done on 12 days notice.

There will also be three weeks of multiple games, including two on Saturday in the final week of the regular season with playoff implications for the first time, and a divisional round playoff game to go with their wild-card weekend contest. The two Saturday games will begin this year as part of the bridge agreement.

While the other networks saw their rights fees double, Disney’s increase came to 35%. It will still pay the most though as its contract averages $2.7 billion per season.

SUNDAY AFTERNOON STABILITY: Fox will remain the primary network for the NFC while CBS will have the AFC. Eric Shanks and Sean McManus, chairmen of the respective networks, said it was important to retain those unique identities.

Fox will average $2.25 billion a year and CBS’ rights fees come to $2.1 billion. Both networks also have provisions for their streaming services: Tubi for Fox and CBS’ Paramount+.

QUITE A COMBINATION: NBC’s next four Super Bowls, beginning with next year’s game in Los Angeles, will also come during the Winter Olympics, which was important to the network. “Sunday Night Football” has been the top-rated prime-time program since 2011.

MORE ALTERNATE BROADCASTS: After the success of CBS doing a kids-friendly broadcast on Nickelodeon, and ESPN’s MegaCast during the NFL playoffs, there will be an increase in alternate presentations. The networks will also have greater flexibility to use stats and integrated social feeds on their digital presentations. Amazon experimented with on-demand highlights and increased use of Next Gen stats during Thursday night games last season.

While no one’s path to the NFL is easy, being a woman poses an additional challenge. These women are breaking the mold.
The Associated Press

Amazon and the league announced Monday that Prime Video will take over the entire package in 2022, which will make it an 11-season deal through 2032. It was originally supposed to begin in 2023 when the league's new media rights deals kick in.

This is the first time a streaming service has had the full rights to an NFL package.

“This expedited deal is an immediate differentiator for us as a service, as it gives Prime members exclusive access to the most popular sport in the United States,” Marie Donoghue, Amazon’s vice president of global sports video, said in a statement.

Prime Video will carry 15 regular-season games on Thursday night along with one preseason game. Games will be available on stations in the markets of the participating teams, which is the same practice when they are on ESPN and NFL Network.

NBC has the opening game of the season and also Thanksgiving night, and there is no Thursday night match in the final week of the schedule. 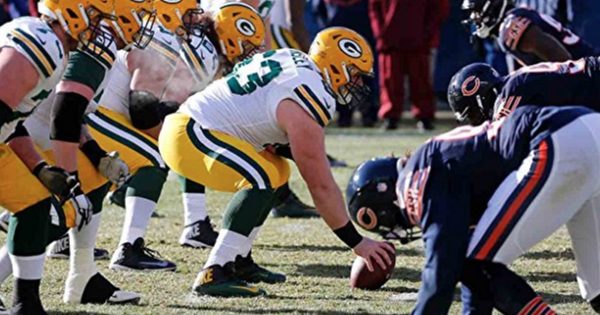 Amazon has partnered with the league to stream 11 Thursday night games since 2017, but it will take over the entire package from Fox, which has had it since 2018. Amazon streamed a Week 16 Saturday game between the 49ers and Cardinals last year that was seen by an estimated 11.2 million total viewers and had an average minute audience of 4.8 million. That was the largest audience to stream an NFL game.

Fox and NFL Network will broadcast “Thursday Night Football” this season. The league will announce the schedule on May 12.

NFL Network, which has carried games since 2006, will still have seven regular-season games, most likely on Saturday late in the season.

Amazon's $13.2 billion agreement with the league is a part of what will be $113 billion coming to the NFL under the new rights agreements negotiated in March. That is an increase of 80% over the current deals.