Thursday Night Football will move to a digital-only format with Amazon Prime Video in 2022, a year earlier than originally announced, the NFL said Monday.

As a result, 2021 will mark the final season of the Thursday night package on FOX.

The NFL's quicker-than-expected shift to a larger streaming package reflects trends accelerated by the COVID-19 pandemic, among other factors. It is part of a larger set of broadcast deals the NFL reached in March that will also expand digital distribution for all of its current broadcast partners, including FOX, CBS, NBC and ABC/ESPN.

Amazon first partnered with the NFL in 2017 as part of tri-broadcast distribution on Thursday nights. Those games will be available to a national audience only on Amazon Prime Video when the new agreement kicks in for 2022. The NFL, however, has pledged to broadcast them over the air in the broadcast markets of the participating teams.

(NASDAQ: AMZN)-Today Amazon announced its broadcast crews and shoulder programming for a week-long NFL Holiday Blitz, which kicked off today and culminates with the Minnesota Vikings at New Orleans Saints Christmas Day game airing at 4:30p.m. ET on FOX, NFL Network, and Prime Video, and the Prime Video exclusive broadcast of San Francisco 49ers at Arizona Cardinals airing globally on Dec. 26 at 4:30p.m. ET. Both games are available at no additional cost to a Prime membership, and fans can sign up or start a 30-day free trial by visiting amazon.com/prime.

The 49ers-Cardinals game is the first NFL game to air on an exclusive national basis on Prime Video and Twitch, and will be available to more than 150 million paid Prime members worldwide, and in more than 240 countries and territories excluding China, the United Kingdom, the Republic of Ireland and Spain. The game will also be televised in both teams' home markets on NBC affiliate KNTV in San Francisco and FOX affiliate KSAZ in Arizona, and it will be available to stream nationally on mobile through the NFL, 49ers, Cardinals, and Yahoo Sports mobile properties.

'We hope Prime members around the world are gearing up for a safe and happy holiday season, and we are looking forward to delivering the gift of football on Prime Video this weekend,' said Marie Donoghue, VP of Global Sports Video at Amazon. 'With multiple announcers to choose from, Next Gen Stats, and on-demand replays from X-Ray, the NFL on Prime Video has a little something for everyone, giving fans more optionality and deeper insights into the action on the field. We can't wait for kickoff.'

Alternate audio feeds featuring either Hannah Storm and Andrea Kremer or Bucky Brooks, Daniel Jeremiah, and Joy Taylor will be available for both games on Prime Video. Cari Champion, Chad 'Ochocinco' Johnson, and Von Miller will livestream the Christmas Special on Twitch, and Andrew Hawkins, Cari Champion, and Chris Long will stream the Dec. 26 game on Twitch-both streams will be available at twitch.tv/twitchsports. Joe Buck and Troy Aikman will once again serve as the default FOX broadcast for the Vikings and Saints with Erin Andrews and Kristina Pink on the sidelines, and Andrew Catalon and James Lofton will be the default commentary crew with Sherree Burruss on the sidelines for the 49ers and Cardinals game.

To switch between audio feeds, Prime members can simply open the settings on their device, select the broadcast of their choice, and enjoy the game.

Fans can unwrap the gift of football with a week-long slate of original content airing across Prime Video, Twitch, and on social media. Join analysts, NFL Legends, and tastemakers like Action Bronson, Andrew Hawkins, Brandon Aiyuk, Cari Champion, Chad 'Ochocinco' Johnson, Chris Long, Dan Gamache, James Koh, Kay Adams, Kenyan Drake, Kickasso, Kyle Long, Quavo, Ron Everline (JustTrain), and Victor Cruz for a week-long celebration of football culture as fans gear up for a full slate of NFL action on Prime Video this weekend. Fans can follow @SportsOnPrime on Twitter and Instagram for updates throughout the week and watch the hype video here. See below for a full rundown of the NFL Holiday Blitz on Prime Video:

Join NFL Legends Kyle Long and Andrew Hawkins on 'The NFL Comment Box,' an Ask Me Anything-style show that gives fans the chance to engage with Long and Hawkins in an authentic and informative way. Fans can get all their questions answered ahead of the big weekend on Prime Video. Watch at twitch.tv/twitchsports.

Join two-time Super Bowl Champion Chris Long, NFL Network's Kay Adams, Next Gen Stats Analyst James Koh, and NFL Legend and Academy Award winner Andrew Hawkins for 'NFL Next' on Prime Video. Presented through the lens of Next Gen Stats, NFL Next amplifies the social media pulse of the league, provides a fantasy football-themed look ahead to the upcoming week's action, and will give fans an in-depth preview of the weekend's matchups utilizing the NFL Films 'mic'd up' vault. Available on-demand throughout the week on Prime Video.

Foodies and football fans alike can join rapper and classically trained chef Action Bronson for a football-themed lesson on how to cook dishes inspired by his love of football and the holidays. Sharpen (News - Alert) your culinary skills and follow along at @SportsOnPrime on Twitter and Instagram.

Start your day with Ron Everline, Kevin Hart's trainer, for an intense workout to burn some calories before the holiday and football feast. Grab a water bottle and follow along @SportsOnPrime on Twitter and Instagram.

Join NFL Legends Kyle Long and Chad Johnson on 'The NFL Machine,' a show that gives fans inside access to the NFL Films archive and allows hosts to walk through footage in the most live and interactive manner possible. Watch at twitch.tv/twitchsports.

Sneakerheads Kickasso and Dan Gamache will design custom cleats for Brandon Aiyuk and Kenyan Drake, which they'll each wear during pre-game on Saturday. As an extension of the NFL's My Cause My Cleats initiative, the designs will be inspired by charitable organizations both athletes are passionate about. Watch the design process and cleat unveiling via @SportsOnPrime on Twitter and Instagram.

Join this star-studded lineup of media personalities, musicians, and NFL Legends for a unique season-in-review award show that highlights the best plays of the year, best Tik Tok videos, best touchdown dances, and more. Get a glimpse of what's in store this weekend and tune-in to the show at twitch.tv/primevideo, twitch.tv/twitchsports or via @SportsOnPrime on Twitter and Instagram. 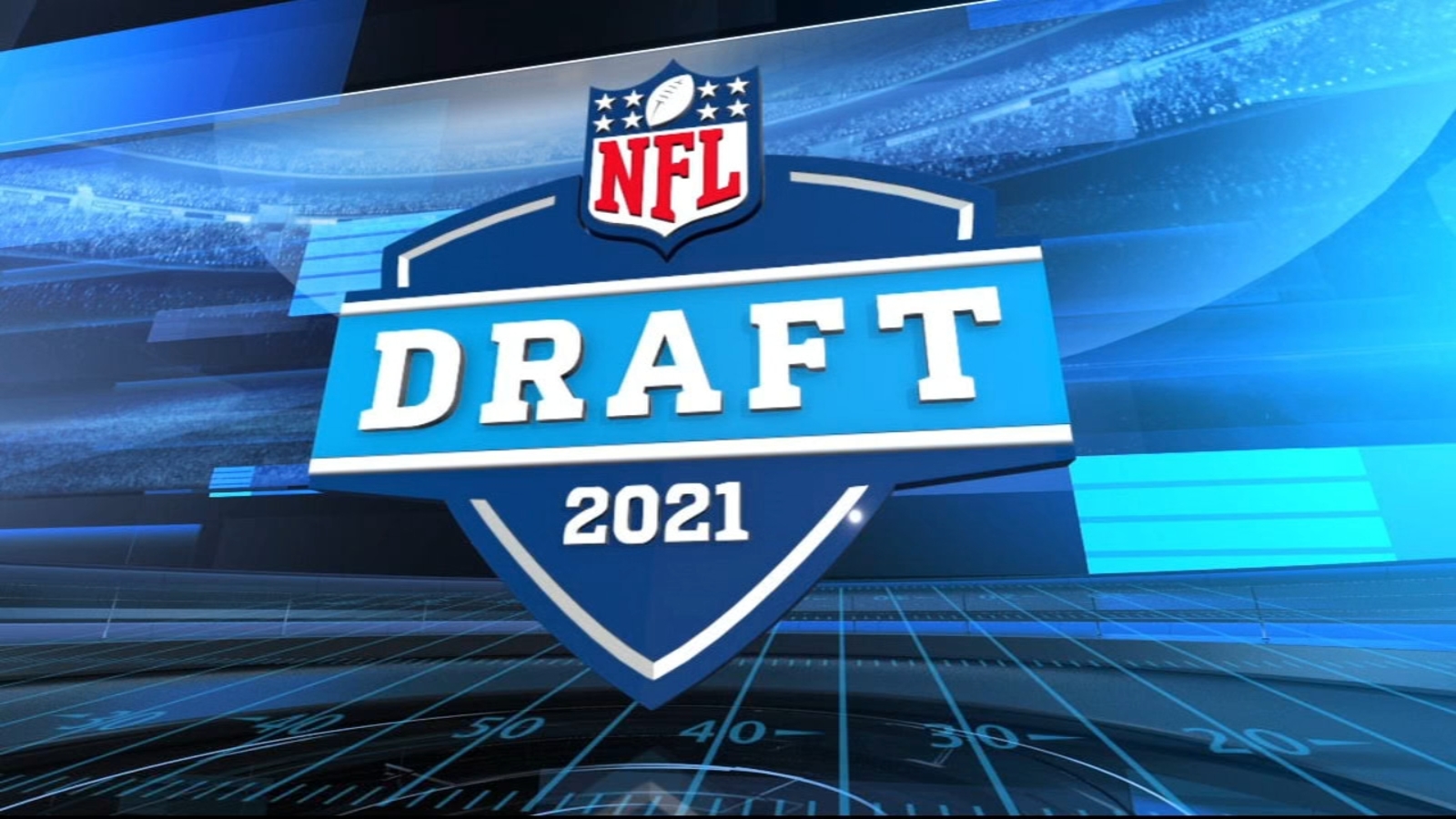 Kirk Cousins, Dalvin Cook, and the resurgent Vikings head south to New Orleans to take on Drew Brees, Alvin Kamara and the NFC South-leading Saints as the Vikings fight for one of the final NFC Wild Card playoff spots. Watch on FOX, NFL Network or stream on Prime Video, twitch.tv/primevideo, or twitch.tv/movethesticks. The game is also available on NFL, FOX and FOX Deportes digital properties and the Vikings, Saints and Yahoo Sports mobile properties.

Kyle Shanahan and the San Francisco 49ers head to the desert to face former Rookie of the Year Kyler Murray and the Arizona Cardinals in an NFC West showdown with significant playoff implications. Stream on Prime Video Stream on Prime Video, twitch.tv/primevideo, or twitch.tv/movethesticks. The game will also be televised in both teams' home markets on NBC affiliate KNTV in San Francisco and FOX affiliate KSAZ in Arizona, and it will be available to stream on mobile through the NFL, 49ers, Cardinals, and Yahoo Sports mobile properties.

Can I Watch Nfl On Prime Video

Prime Video offers customers a vast collection of movies, series, and sports- all available to watch on hundreds of compatible devices.

Prime Video is just one of many shopping and entertainment benefits included with a Prime membership, along with fast, free shipping on millions of Prime-eligible items at Amazon.com (News - Alert), unlimited photo storage, exclusive deals and discounts, and access to ad-free music and Kindle ebooks. To sign up or start a 30-day free trial of Prime, visit: amazon.com/prime.

Where Is Nfl On Prime Video

[ Back To TMCnet.com's Homepage ]