Specializing in one of a kind and unique Gothic necklaces chokers and more! Looking for Gothic occult witch wiccan pagan emo viking styles we have you covered check out our growing collection of.

Product Description:
The Sigil of Lucifer or seal of satan is an historical magical sigil used occasionally as an emblem by modern Satanists. The image originates in the sixteenth century Italian Grimoirium Verum, or “Grimoire of Truth.” Used in conjunction with other symbols, its original purpose of the sigil was to aid in a visual invocation of the angel Lucifer.

Materials:
Made from high quality 316L surgical stainless steel, a very strong and durable metal that will not tarnish

Brian Hugh Warner, known professionally by his stage name, Marilyn Manson, is an American record producer, singer, songwriter, actor, visual artist, director, and former music journalist. He is most popular as the lead singer of the band under the same name, “Marilyn Manson”. He got the name by combining two different American cultural icons, the actress Marilyn Monroe and the criminal Charles Manson. Brian’s body is covered in many weird tattoo designs that people rarely get, but that is the reason that he stands out in the crowd. Let us look at the tattoos he has and the meanings they hold.

Tattoo: Brian’s head, just behind his left ear, contains the number, “15” tattooed on it.

Meaning: This is a matching tattoo that he got with his then-fiance, Evan Rachel Wood, who has the same number tattooed behind her ear.

Tattoo: There is a design tattooed right in the middle of Manson’s chest, made by joining the letter “M” four times.

Meaning: This is the symbol from one of his works, titled, “Born Villain”. It is also seen as one of his logos that represents his stage name, “Marilyn Manson”

Tattoo: Brian’s left collarbone and shoulder contain a tattoo of a large moth on it.

Meaning: When talking about his tattoo, Brain revealed that it is a Death’s-head hawkmoth.

Tattoo: The right side of the singer’s chest contains a tattoo of a snake, coiled up around an egg, protecting it. The snake’s head reaches up to his collarbone where it is shown with its mouth open and fangs out.

Meaning: The tattoo depicts the Orphic egg which comes from Greek mythology, who hatched the primordial hermaphroditic deity Phanes, creator of the Gods.

Tattoo: Brian’s left pec contains a tattoo of a triangular design on it made of three lines.

Meaning: The three-lined design is depicting a Triskele and represents the religious views of the singer. The Triskele in Christianity represents the Holy Trinity of the Father, Son and the Holy Spirit, and also the three days from the death of Jesus to his resurrection.

Tattoo: The right shoulder of the singer contains a tattoo of the head of a cyclops on it with a horn on its head. Below the cyclops tattoo is a tattoo of an enormous insect, covering Brian’s upper arm that has 6 legs, wings, and an enormous head.

Meaning: The cyclops on his right shoulder represents the name of the song Cyclops that Brian released with is band, “Marilyn Manson and the Spooky Kids”. The insect tattoo on his upper arm is not a mere insect but a form of Beelzebub. Beelzebub is known as the Lord of the Flies and one of the seven princes of hell. Manson got this tattoo as he loves these types of weird tattoos and has many more on his body as you’ll find out further.

Tattoo: The inner side of both his forearms contains a tattoo of an eye, along with a body made of dark energy flowing out of the eye. 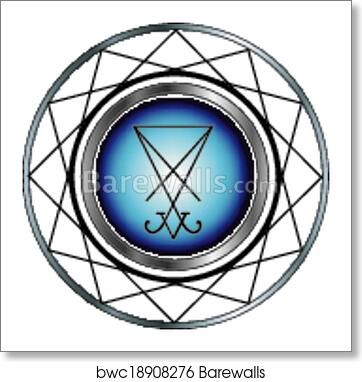 Meaning: The tattoo is of a creature called Cyaegha, also known as The Great Old One, and appears in the German myth. The tattoo design was done from an artistic interpretation of the creature made by Brian himself.

Meaning: This is another one tattoo that were made by Brian himself. The spooky tree was designed by him and also appeared in many of the band’s promotional art. The skull was added later to make it look like the tree has sprouted from the skull itself. The word, “Wow” represents the song of the same name from Marilyn Manson’s album, The High End of Low.

Tattoo: The lower side of Manson’s right wrist contains the word, “etc.” tattooed on it.

Meaning: While talking about the “etc.” tattooed on his arm, Manson said, “I’ve seen on the news, stories about death, rape, murder and they tack on the ‘et cetera.,’ which shocks and amuses me. Such terrible things have become mundane and reduced people to ‘etc.,’. I got ‘et cetera’ tattooed on my wrist. If I cut my wrist, I would cut through ‘etc.,’ which is triply ironic.”

Tattoo: The right bicep of the singer contains a tattoo of a small green skull along with crossbones below it.

Meaning: The skull along with the crossbones tattoo represents danger and the defiance of death itself, which is the reason Manson got it on his body.

Tattoo: Brian’s left shoulder contains a tattoo of the face of the devil on it. The devil is grinning and has two little crowns on his head. There is an 8-Ball tattooed above his head, covered in flames and three dice, all showing the number, “6”, covered in flames below his head. There is also a horse-shoe tattooed that surrounds the head of the devil with the numbers, “1” and “3” tattooed on either side of it.

Meaning: This tattoo depicts a design of interpreting the lucky devil. The number 666 on the dice is called the number of the beast and the number 13 is a reference to the unlucky number 13. The 8-Ball and the horseshoe are symbols of good luck and hence the tattoo was named the lucky devil and was requested by Brian who himself gave a few ideas about the design too.

Tattoo: Below the lucky devil tattoo is a tattoo of the face of a goat on the left upper arm of the singer. Below this tattoo is the tattoo on the inner side of his forearm of the mythical creature, Cyaegha.

Meaning: This is the first tattoo that Manson got on his body on his 21st birthday. The tattoo represents the Sabbatical Goat, also called Baphomet, which represents the devil.

Tattoo: The upper side of his left wrist contains a tattoo of a little spiderweb on it. The rest of his forearm is covered by a large tattoo of the face of Uncle Creepy.

Meaning: Uncle Creepy is a character from the American horror comics and magazines, Creepy. This is a design that Manson really liked and wanted to get on his body. Almost all of his left arm is covered in tattoos of creepy and spooky designs.

How To Form A Extreme Deep Connection With Lucifer ...

Tattoo: The inner side of his left wrist contains a tattoo of a heart on it that has been made out a single spiraling line.

Meaning: The design is called the twisted heart and represents another one of Manson’s albums, titled, “Eat Me, Drink Me”

Tattoo: The side of the singer’s left forearm contains another tattoo of a butterfly on it. What’s different about this tattoo is that the body of the butterfly has been replaced by a small skull.

Tattoo: The lower side of his left wrist also contains the word, “NO REASON” tattooed just above his heart tattoo.

Meaning: The words, “No Reason” represent the song, “Overneath the Path of Misery” which is from Manson’s album, “Born Villain”. Manson’s friend, Johnny Depp, also has a matching tattoo on his arm.

Tattoo: The right side of his body, on his ribcage, contains a tattoo of the number, “666” on it.

Meaning: The 666 on Manson’s body represents the Number of the Beast or the devil.

Tattoo: The middle part of Brian’s stomach contains a large tattoo of a vertical line that is cut by two horizontal lines on it.

Meaning: This is another one tattoo that represents the religious views of the singer. The tattoo is a representation of the double-cross symbol, but it is upside down. The upside-down double-cross comes from the Catholic tradition that when sentenced to death, Peter requested that his cross be upside down as he did not think of himself as worthy to be crucified in the same manner as that of Jesus.

Tattoo: The left side of his body contains the word, “BOOM” tattooed on it.

Why Is The Sigil For Lucifer The Same As Satan? - Satanism ...

Tattoo: The middle part of his upper back, just below his neck, contains a tattoo of a double-crosses on it.

Meaning: This tattoo design was created by Manson himself and is called the Celebritarian Cross. The cross represents the art movement started by Marilyn Manson and also the name of his gallery, “The Celebritarian Corporation Gallery of Fine Art”

Tattoo: The back of the singer contains a tattoo of a tree tattooed on it.

Meaning: The full tattoo on Brian’s back has never been revealed, but while talking about his tattoos, Manson said that his back contains a tattoo of “Les Fleurs du mal”, known as the Flowers of Evil. This is another one of his matching tattoos with his friend, Johnny Depp who has the same tattoo on his back.

Tattoo: The upper part of his left hand contains a tattoo design on it that comprises a triangle being cut by two lines and an arrowhead on the top of the two lines.

Meaning: The tattoo design on his hand is the Sigil of Lucifer, which is a design created for magical purposes and is known as the signature of Lucifer.

Tattoo: There is a large “L” tattooed in a very intricate font on the upper side of Brian’s right hand.

Meaning: The singer got this tattoo to show his love towards, and to honor his pet cat, Lily White who died in 2016.

Tattoo: The side of his right hand contains the word, “LOVE” tattooed on it. There are also two dots and another double cross tattooed near the word.

Meaning: Manson got this tattoo as a tribute to the character of Buffalo Bill from the movie, The Silence of the Lambs.

Meaning: The words come together to form the sentence, “SOLVE COAGULA” which comes from alchemic reference, “Solve et Coagula” that means to dissolve and join together, just like he did to form his unique name, Marilyn Manson by dissolving together a sex symbol and a serial killer.

Sigil Of Lucifer, Tree Of Life And The Tarot - General ...

Tattoo: All fingers of the singer contain alchemic symbols tattooed on them.

Meaning: Starting on his right hand’s index finger, and moving towards his pinkie, the symbols represent, “Cinnabar, Arsenic, Black Sulphur, and Crocus Veveri”. The symbols on his left hand, starting from his index finger and moving towards the pinkie represent, “Mercury, Earth, Jupiter, and Phosphorus”. Alchemy is a branch of philosophy with the goal to create the philosopher’s stone which can turn metals into gold and also form the elixir of life.

Tattoo: The upper side of Brian’s left thigh contains a tattoo of a star design inside a circle with different names written inside it. It is a design comprising a pentagram, inside two heptagons, inside a heptagram, inside two circles.

Meaning: This is another one design that Manson really likes and wanted to get on his body for long. The tattoo is a representation of the seal of God, called the Sigillum Dei. It is a magical diagram that contains the name of God and all of his angels and represents an amulet that grants the bearer power over all the creatures except the Archangels.