Many things clash in this beautifully layered, semi-autobiographical film of American director Lulu Wang: cultures, morals, and emotions. The result is a type of comedy that is complex and bittersweet⁠—and based on a true lie: this is the story of a Chinese grandma whose family won’t tell her that she is fatally ill. Instead, they organize a fake wedding in China, where everyone gets together to bid a farewell to the unwitting matriarch (played by Zhao Shuzhen). The fake wedding is, in fact, a premature funeral for a person unaware that she is going to die. Played by rapper and comedian Awkwafina, Billi, a New-York-based Chinese-American with a complicated relationship to China, embodies the cultural and moral question at the heart of this story: is it right or wrong not tell grandma? It is thanks to Wang’s deft writing and Awkwafina’s outstanding performance that The Farewell homes in on answers without ever being melodramatic. Warm, honest, and beautiful.

More in The Very Best

Shia LaBeouf plays his own father in the semiautobiographical Honey Boy

Hunting for a new show to binge? Amazon Prime Video is rolling out a new series Feb. 21 — and it has Al Pacino in a starring role and Jordan Peele(Get Out, Us) as executive producer. Created by David Weil, Hunters tells the fictional story of a squad of Nazi hunters in 1970s New York.

The Amazon original movie Honey Boy, which had a theatrical release in November 2019, is available on the streamer on Feb. 7. The film, directed by Alma Har’el and written by Shia LaBeouf, is a semi-autobiographical depiction of LaBeouf’s own life. The writer stars as an on-screen version of his real-life father, with Lucas Hedges playing a stand-in for LaBeouf as an adult and Noah Jupe for him as a child.

If you missed Awkwafina’s Golden Globe-winning performance in Lulu Wang’s The Farewell: rejoice! The film is available on Amazon on Feb. 12. The same goes for Tom Hanks’ turn as Fred Rogers in A Beautiful Day in the Neighborhoodand Scarlett Johansson in Jojo Rabbit, both of which can be rented or purchased on Amazon Prime on Feb. 4.

In addition to the original content, Amazon is adding some older romantic movies just in time for Valentine’s Day, including Bridget Jones’s Diary and Ghost.

Here’s everything new on Amazon Prime Video in February 2020.

Here are the new Amazon Prime originals in February 2020

All or Nothing: The Philadelphia Eagles

If You Give a Mouse a Cookie Valentine’s Day Special

Guess What We Learned in School Today?

North of the Border

The Man Who Could Cheat Death

The Spy Next Door

The Cabin in The Woods

A Beautiful Day in the Neighborhood 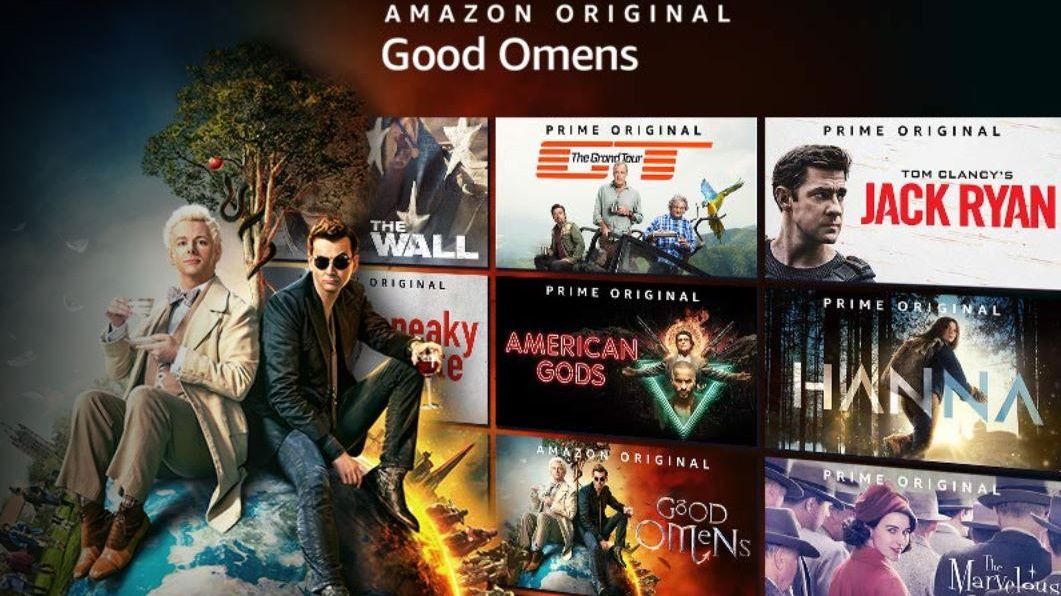 The Farewell On Amazon Prime

Get The Brief. Sign up to receive the top stories you need to know right now.

For your security, we've sent a confirmation email to the address you entered. Click the link to confirm your subscription and begin receiving our newsletters. If you don't get the confirmation within 10 minutes, please check your spam folder.

Read Next
The Story Behind <i>The Sons of Sam</i>, Netflix's True Crime Docuseries About David Berkowitz
Next Up: Editor's Pick
How Black Filmmakers Are Reclaiming Their History Onscreen