As Under the Dome returns to Channel 5 for a second season, we look back at the first on Amazon Prime Instant Video. Is it worth catching up on Under the Dome?

The small, unsuspecting town of Chester’s Mill is suddenly trapped under a giant, invisible dome in the logically-titled TV series Under the Dome. If that preposterous idea sounds familiar, that’s because it is: it happened to Springfield in 2007. This is The Simpsons Movie, but serious. 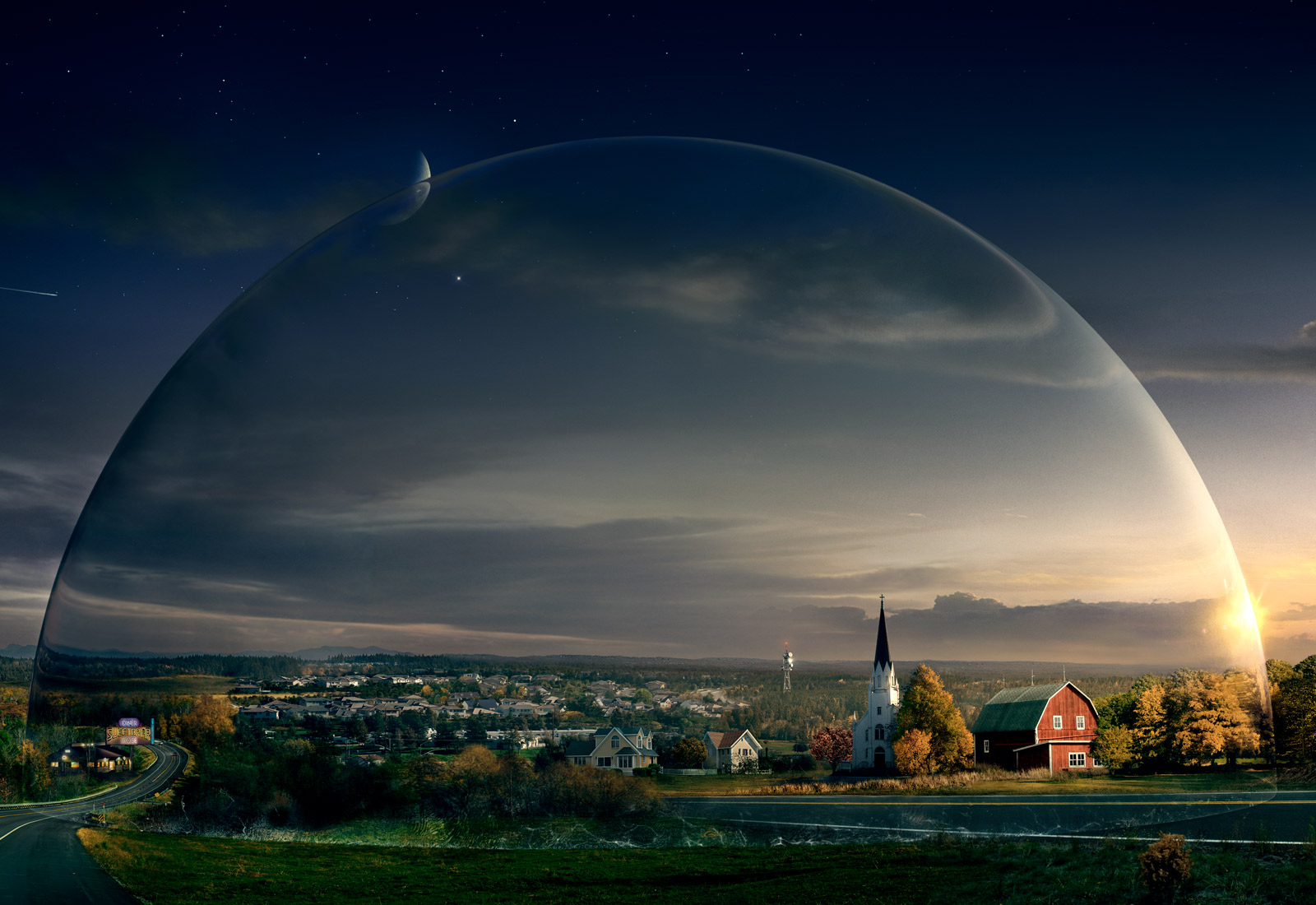 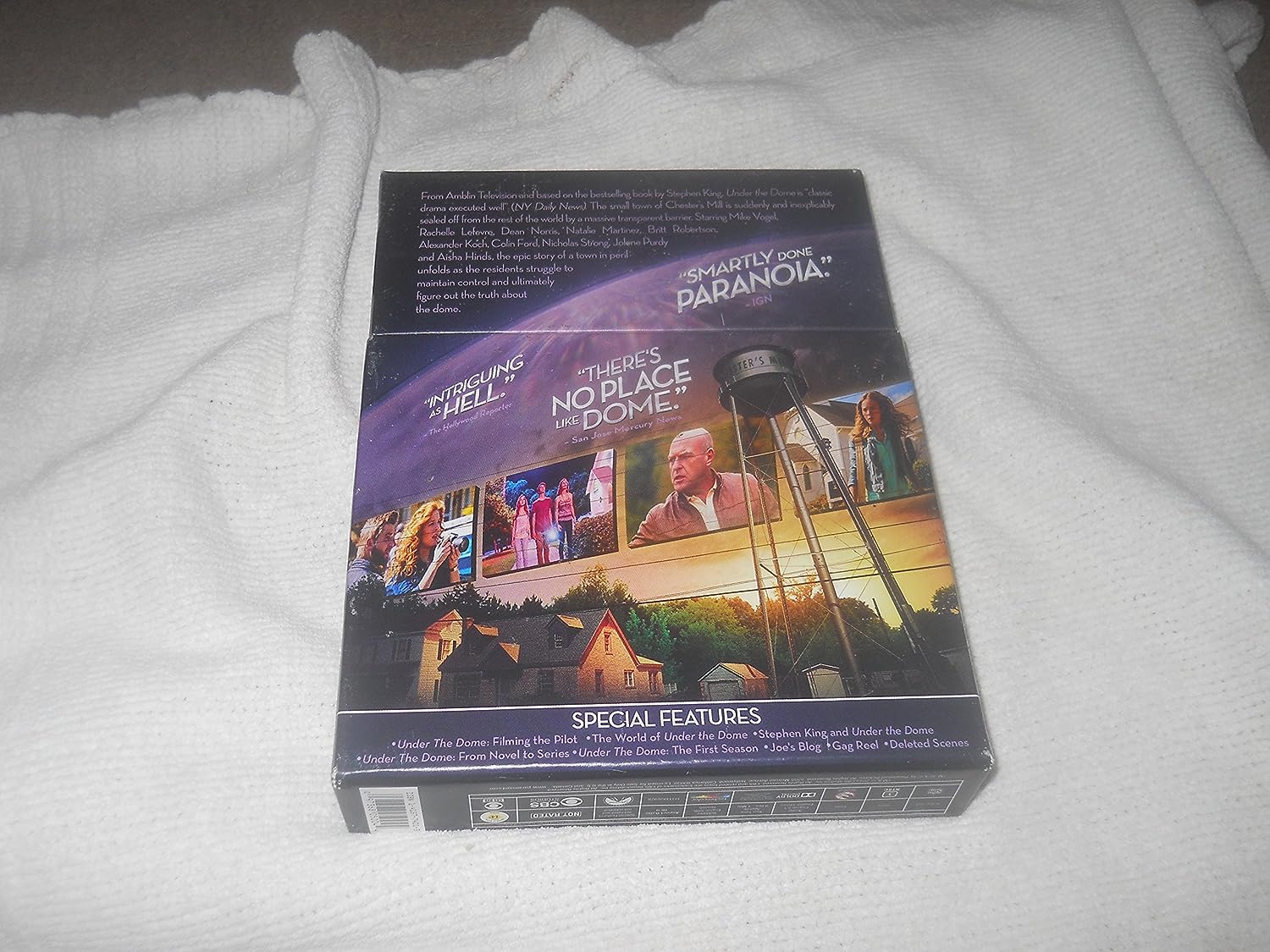 That similarity is both Under the Dome’s saving grace and its weakness. The show, which is actually based Stephen King’s novel of the same name from 2009 (which he started to write decades ago), doesn’t shy away from the parallels in their premises – one character even name-drops The Simpsons within a couple of hours – but it goes far beyond the ideas of the animated feature.

Taking its cue from King’s keen observations of humanity in closed quarters, the series swiftly brings up big themes, from the sustainability of natural resources to the importance – and fragility – of law and order.

Front and centre of the latter is Big Jim, played by Dean Norris. Norris repeatedly stole the show in Breaking Bad as Walt’s brother, Hank, a DEA agent with an angry face as bright as his salmon shirts. Butch and macho, his manliness crumbled into incompetence whenever a moment called for emotional intimacy. Under the Dome’s Big Jim has none of that nuance, but it’s a pleasure to see Norris given a leading role. Jim’s ruthless politicking and dramatic confrontations (all delivered in Norris’ trademark Angry Mode) may not make him the hero of the piece, but he’s a cracking villain – his manipulation of the dome to his advantage is great fun to watch.

Under The Dome Amazon Prime Cast

Jim’s tricks don’t go unnoticed, though, nor unchallenged. In the opposite corner is “Barbie” (Mike Vogel), an army veteran passing through town on shady business. Their squaring off is held in check by new Sheriff Linda (Natalie Martinez), who makes up for her lack of authority with a strong sense of ethics. Vogel’s butch presence is impressively manly, complemented by the charisma of Rachelle Lefevre’s intrepid local journalist Julia Shumway, who moves the narrative forward. The softly-spoken Martinez, though, is who wins our sympathy. When the town’s dirty laundry gets inevitably aired, involving everyone from the local bishop to her former boss, Linda’s the one to hold the town on the right path rather than the wrong.

The series’ strength stems from the constant negotiation between the two: under the dome, a force that messes with radio signals, where should the moral compass point? Towards handing in guns, or towards ensuring that the water keeps flowing?

The arrival of the dome itself is a spectacular set piece. In the pilot episode, directed by The Girl with the Dragon Tattoo’s Niels Arden Oplev, the glass bowl drops out of the sky with an eerie thud, chopping up buildings, blocking cars, separating loved ones. In the middle of a field, one cow is sliced in half, a money shot that the show returns to again and again in its introduction, and understandably so – it sums up the freaky mortality of the situation with the shock of Damien Hirst and the production values of a Hollywood blockbuster.

The visual effects throughout Season 1 remain top-notch, from vehicles exploding against the fish bowl to buildings burning down. For such an outlandish idea, it’s to the show’s credit that you don’t ever stop to question it. At least, not at first.

Under the Dome is at its best when questioning the practical consequences of the situation. But it also has a melodramatic streak that, unfortunately, gets magnified in equal measure. It’s telling that we open with a young couple rather than an adult debate: namely, Big Jim’s son, Junior, who, of course, is mentally unbalanced. Declaring his love for scorned Angie (Britt Robertson), he handles her rejection the natural way: by locking her in an underground cellar.

Meanwhile, who should Linda pick for her new Deputy? You guessed it.

Alexander Koch nails Junior’s unpredictable moods, all thick lips and creepy stares, while Angie struggles to look after her brother, Joe (Colin Ford). He finds himself falling for stranger Norrie (Mackenzie Lintz). But what are the strange visions they both have? And do they explain why the dome is there in the first place?

The younger charcters are where the Dome starts to lose its grip: not because the performers are bad, but because of the cheesy script. Is it magic? Aliens? All a hallucination? The series falls at the hurdle all high-concept sci-fi television struggles to jump: explaining what the hell is going on.

Under The Dome Amazon Prime

It is perhaps no coincidence that this only happens once the show deviates from King’s novel. Showrunner Neal Baer, though, does a fantastic job at stretching the questions out, while still keeping the pace varied. Everything from car chases to tense shootouts manage to take place under the dome, the conspiracy engine running at breakneck speed all the way to the final few episodes.

Under The Dome Amazon Prime Canada

The ensemble cast, meanwhile, deliver everything with admirably straight faces, but for every slip of society into gripping pandemonium, the tone also slips from sombre to soapy; a dose of daft nonsense that starts to undermine the intrigue. The existence of Season 2 suggests that Season 1 will never give us the answers promised, but Under the Dome finds its own resolution between the thrill of Big Jim’s villainy and the frustration of everything involving his son.