The most basic—and by far the most common—way to use Tor is to simply download, install, and run the TorBrowser from the Tor Project’s website.Like other Tor apps, it routes all its traffic. Windows, Mac, and Linux users often use the official (and free) Tor Browser, which is based on Firefox. For your iPhone or iPad you can grab Onion Browser from the App Store (also free).

When Mike Tigas first created the Onion Browser app for iOS in 2012, he never expected it to become popular. He was working as a newsroom Web developer at The Spokesman-Review in Spokane, Washington, at the time, and wanted a Tor browser app for himself and his colleagues. Expecting little interest, he then put Onion Browser on the Apple App Store at just $0.99/£0.69, the lowest non-zero price that Apple allows.

Fast forward to 2016, and Tigas found himself living in New York City, working as a developer and investigative journalist at ProPublica, while earning upwards of $2,000 a month from the app—and worrying that charging for it was keeping anonymous browsing out of the hands of people who needed it.

So a few weeks ago, he made the app free. Since then, its popularity has exploded, with thousands of downloads recorded every day. The results of the recent US presidential election might have had something to do with this decision, and its impressive results, Tigas told Ars.

'Given recent events, many believe it's more important than ever to exercise and support freedom of speech, privacy rights, and digital security,' he wrote in a blog post. 'I think now is as good a time as ever to make Onion Browser more accessible to everyone.'

Global concerns also influenced his decision. 'Iran is not technically a country where you can get an iPhone, but on the grey market you can,' he told Ars. 'People over there can't get apps you have to pay for, because you have to have a credit card that Apple actually accepts,' he added, noting that economic sanctions forbid Apple from selling to Iranian iOS users.

Onion Browser is the leading, community-supported Tor Web browser for iOS, but it lacks some of the features available for Tor Browser (Linux, MacOS, Windows) and OrFox (Android), due to technical roadblocks peculiar to iOS. (The Tor Project has so far declined to officially endorse an app for iOS.)

The two biggest challenges Tor developers on iOS face, as Tigas outlined in this blog post on the Tor Project website, are Apple's requirement that all browsers use the iOS WebKit rendering engine, and the inability to run Tor as a system-wide service or daemon on iOS.

Developers have found workarounds to both problems, and iOS users can soon expect to see a new, improved Onion Browser, as well as a Tor VPN that routes all device traffic over Tor—probably in the first quarter of 2017.

Not quite as secure

A further challenge, Tigas said, is that Apple’s WebKit APIs 'don’t allow a lot of control over the rendering and execution of Web pages, making a Tor Browser-style security slider very difficult to implement.'

Many of iOS's multimedia features don't use the browser's network stack, making it difficult to ensure the native video player does not leak traffic outside of Tor. 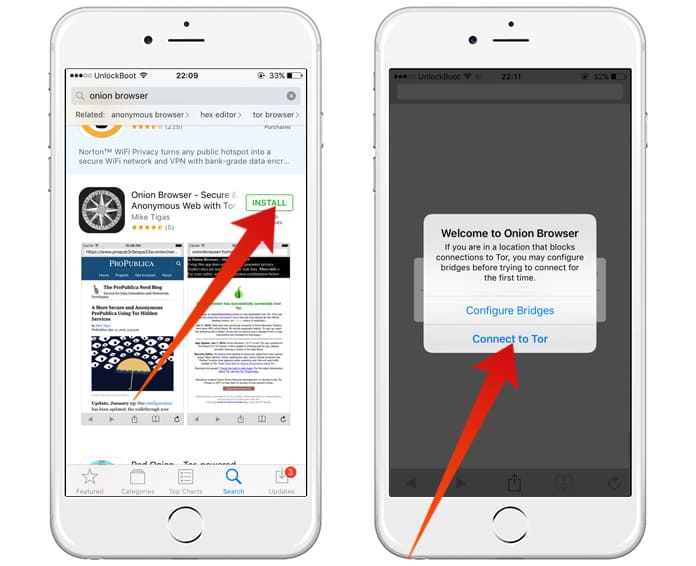 'Onion Browser tries to provide some functionality to block JavaScript and multimedia, but these features aren’t yet as robust as on other platforms,' Tigas wrote. 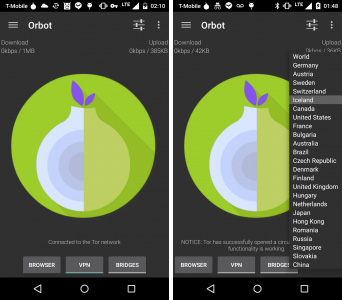 Moreover, it doesn't support tabbed browsing, and the UX is pretty basic, but Tigas is working on a rewrite based on Endless. 'It adds a lot of important features over the existing Onion Browser,” he said, “like a nicer user-interface with tabbed browsing, HTTPS Everywhere, and HSTS Preloading. There’s a new version of Onion Browser in the works that’s based on Endless that will hopefully enter beta testing this month.'