3 Vassago demon seal print, Goetia sigil poster, Lemegeton demon art, The Lesser Key, occult ritual pentacle, summoning demons canvas #104.3 FraterSetnakh 5 out of 5 stars (3,000). “Vassago is an angelic ruler of the tarot; silently invoked this Prince may produce impulses and initiatory associations via the tarot thus allowing instinct to grow with an association of such tools’ of divination. Vassago is also ideal for the willed divination of future initiation, a Gateway to the Luciferian Realm of Spiritual development.

The Art of the Operation:
1. The Adoration of the Bath-Enochian Purification of the Magus (Opening)

2. The Concretion of the Holy Tools of the Art

3. The Binding of the Infernal Witness (Vassago)(Goetia)

4. The Angelic First Dignification of the Magus

5. The Communion of the Archangels

6. The Dignification of the Holy Table of the Art 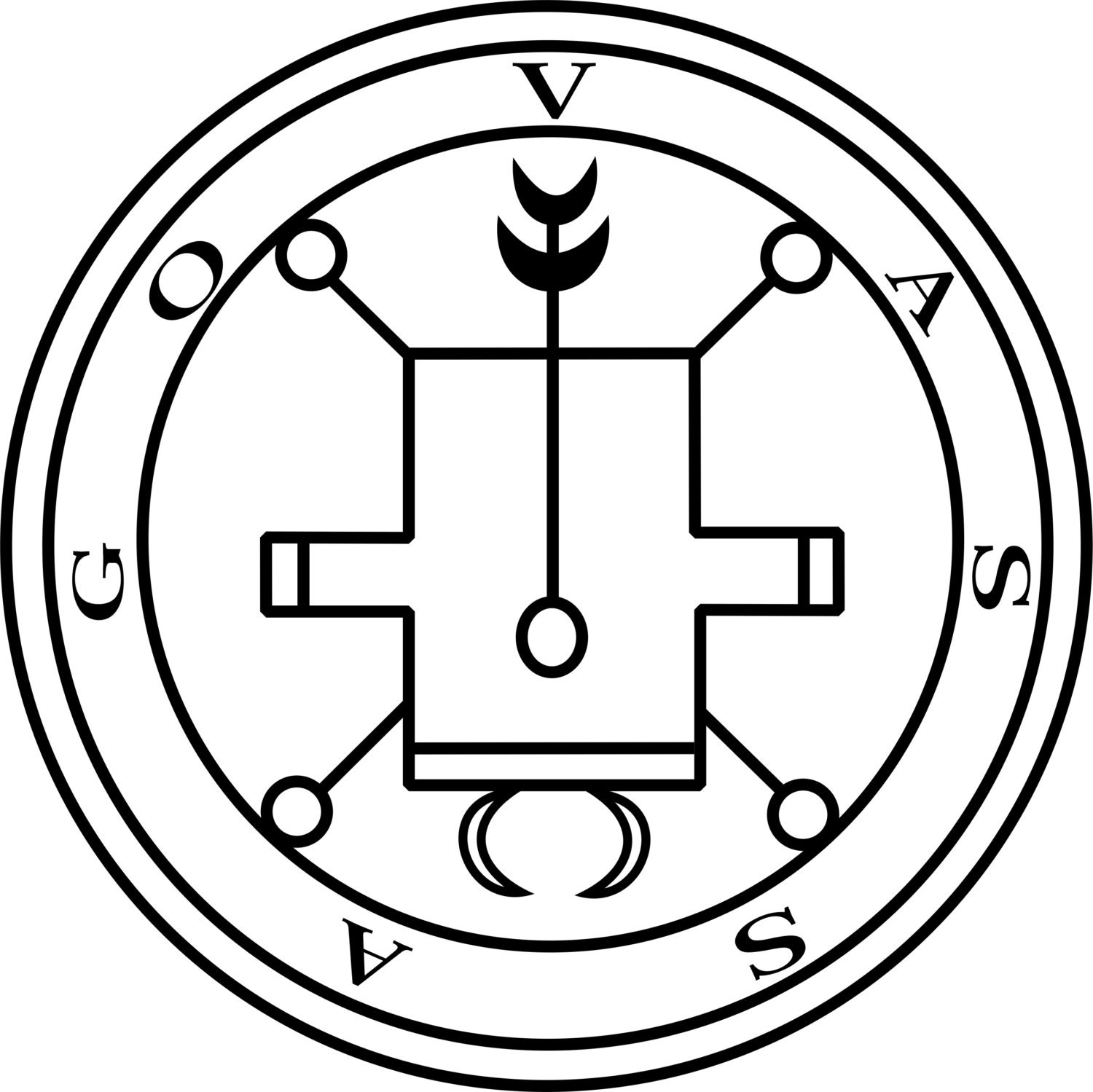 7. The Baptism of the Sigillium Dei

8. The Cleansing of the First Encohian Tablet

10. The Casting of the Sigillium Dei into the Furnace

11. The Evocation to Apperance of the Enochian Hierarchy

20. The Second Holy Dignification of the Magus (Three Steles of Seth)

21. The Building of the Temple

22. The Construction of the Holy of Holies

23. The Evocation to Apperance of the Heptarchic choir

24. Third Divine Dignification of the Magus

25. The Evocation of the Christos Magus

26. The Mystere of the Grail

27. The Adoration and Rapture of the Mage 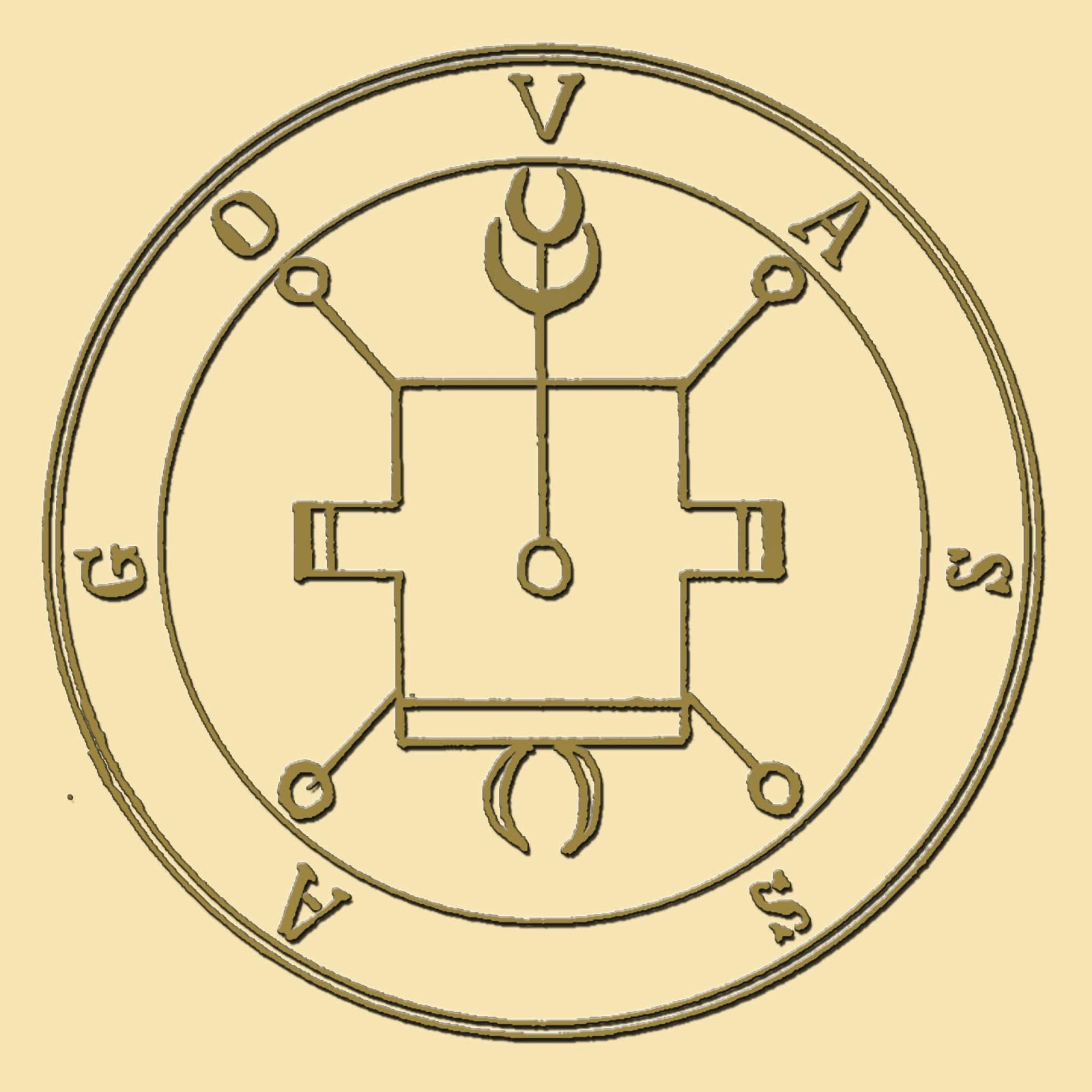 30. The License to Depart

31. The Closing of the Temple

32. The Binding of the seal of the truth to the Infernal Witness

33. The License to Depart

34. The Perfumery of the Temple

35. Endus
The Description of the Operation:
I John the Aurigan of Tain, Ordained Abbott of Saratoga, an Orthodox Enochian Hermetic Cleric. Do consecrate this operation to the great work.

In the 1st Hour of the Twelfth Night of the First Christmas of the Second Resurrection.
Did I, John a humble servant and vessel of the most high, having received the Gnosis of Seth and the Sword of the Archangel, commit the Mystere of the Christos Magus.

I vibrated the Lords prayer and did consecrate the adoration of the Bath of the Magus, perfumed with Lemon and Eucalyptus. Thus I am purified to perform the Art.

In the Second Hour of the Operation did I consecrate the Holy Tools of the Art,

The Table of the Operation, Draped in Pure Linen.

The Chalice of Union, Crystal

The Plate of the Covenant (Bread)

The Sword of Michael

The Lamen of the ROSY+CROSS 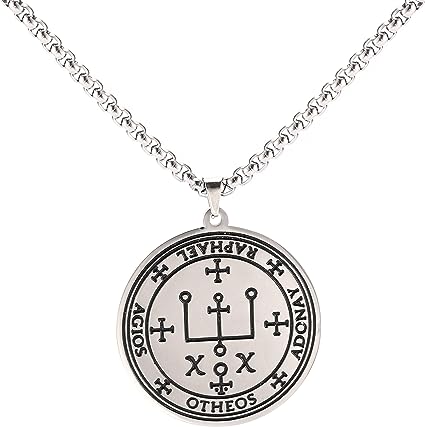 The Triangle of the Art (Traditional Solomonic)

The Sigil of Vassago ( 4 inch, in Black Wax with Silver Ink)

…And did I meditate of the Mystere of the Christos Magus

I then placed the Lamen of the ROSY+CROSS around my neck, I vibrated the Enochian Bornless Opening, while circumambulating The Holy Table, lighting the 4 incensers placed at the corner of the Enochian Tablet and I made the Evoking sign of the Enterer at the four cardinal points.

I then Invoked the Archangels of the Four Corners of the Earth, and did pass the Chalice of Water over the incenser and very gently vibrate ' Oh Deo Magdalen Ahhh.' This is the mystere of the angelic communion of the Holy Spirit. The First Dignification.

Using a Cedar twig I lit the furnace. I then evoked the Enochian Angelic Hierarchy by name to appearance in the Furnace, I then placed the Sigillium in the Furnace and vibrated the three Steles of Seth and they did appear in choirs and humilities. This is the Second Dignification.

I commanded them to construct the Temple of Solomon, in this did I direct them, I bound the Daemonic Rulers and Cacodaemons with the binding Sigil of Obedience to Draft and Dray. To The Great Kings, The Holy of Holies, The Seniors and the Kerubic Archangels, The Great Tabernacle, The Servient Angels, the Great Courtyard, I then Evoked the Heptarchic Choir to apperance in the temple, and the sound vibrated into the heavens. I then partook of the Corpus Christi and vibrated: KETERTETRGRAMMATON! This is the Third Divine Dignification.

I then Perfumed the Temple with Sage and contemplated the Mysteres I had been shown.

This is the First of Three Great Mysteres, And the only real short-cut across the Abyss
I have found…. Contemplate this in your Humanity, Oh Magus!